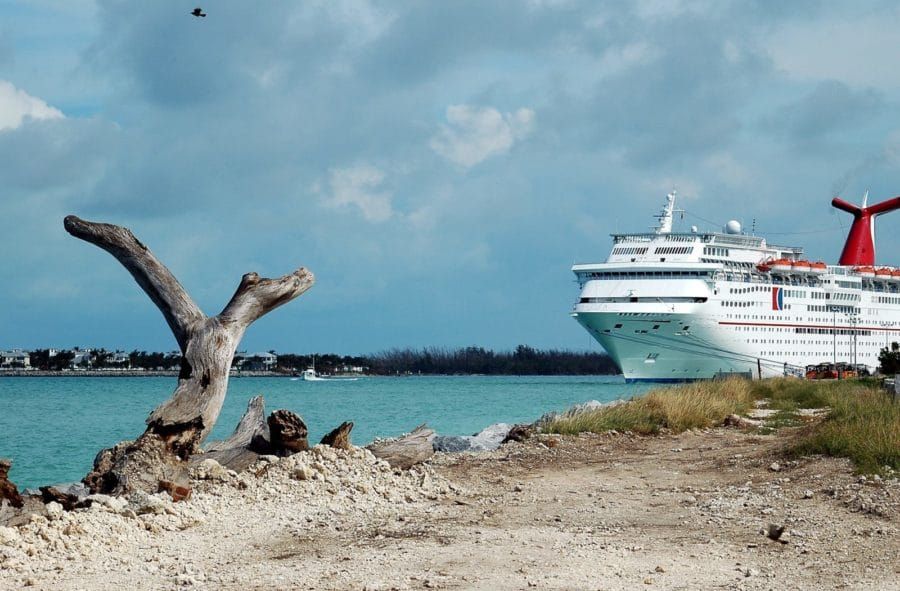 WILL KEY WEST ACCEPT $5M FOR PORT REVENUE WHILE TURNING AWAY CRUISE SHIPS?

The state is offering $5 million for lost port revenues — revenues from cruise ships that Key West officials no longer want and are turning away.

The money is Key West’s share of $250 million that the state is distributing among Florida’s 14 ports, Gov. Ron DeSantis announced on Thursday, July 29. The money was announced the same day that Carnival Cruise Lines announced it would remove Key West from its itineraries for cruises through September.

“We’ve made some itinerary changes on our cruises scheduled to operate through September. Changes for ships scheduled to call on Key West were included, among several other destinations,” Carnival spokesman Vance Gulliksen told the Keys Weekly.

“It will be interesting to see if the city accepts this [port] money,” said Capt. Bob Maguire, president of the Key West Bar Pilots, which filed a lawsuit seeking to keep cruise ships in Key West.  “I don’t know how it was calculated, or who calculated the number, but if the city was down $5 million due to COVID losses from lack of cruise ships, that negates the arguments that the cruise ships do not contribute to the city coffers. Also, with the local efforts to drastically reduce the port economy, it seems to conflict with the purpose of this grant.”

When asked on Saturday whether Key West could accept funding for revenues it doesn’t want, city manager Patti McLauchlin told the Keys Weekly, “I am waiting for guidelines. I reached out to our lobbyist on Thursday afternoon. I’m not sure where we stand until I hear back.”

The governor’s announcement of the port recovery funds does not include details about how the money can be spent. The press release states, “This funding is specifically to support the financial recovery of Florida’s ports through the America Rescue Plan and the Coronavirus State Fiscal Recovery Fund.”

The federal America Rescue Plan provides money to states, cities, tribes, counties and other governments through fiscal recovery funds that allow recipient states, counties and others  flexibility in how they spend the funds, including to bolster impacted industries — in this case, Florida’s ports and maritime industry.

When asked the same question about whether Key West can accept port funds that it’s willing to refuse, city commissioner Mary Lou Hoover also said she needs to know more about the funding restrictions, but added, “I’m not inclined to turn down money to support our infrastructure, but I need to know more about the money and how it can be used.”

Other commissioners were not immediately available for comment on Saturday.

The governor’s announcement of the port recovery funding states:

“Today, Governor Ron DeSantis announced $250 million in funding for Florida’s ports to assist in recovery from decreased revenue in 2020, and to invest in infrastructure at Florida’s ports. Florida’s ports generate an economic impact of $117.6 billion and support 900,000 jobs.

“‘Not only are Florida ports a key economic driver for their surrounding communities, but also for our state as a whole,’ said Gov. Ron DeSantis. ‘From the cruise industry, to cargo, to supporting military operations, our ports provide nearly 1 million jobs for Floridians. This $250 million investment in our ports is a commitment to our future economic prosperity for generations to come.’

“‘The impact seaports have on every region in our state is enormous and, under the Governor’s leadership, the state continues to make key investments in our transportation network to keep our state moving forward and ensure that goods make it to consumers efficiently,’ said FDOT Secretary Kevin J. Thibault. ‘The funding announced today will have lasting positive impacts and significantly assist our seaport partners, as well as their surrounding communities.’

See below for the distribution of the $250 million among Florida’s 14 ports.