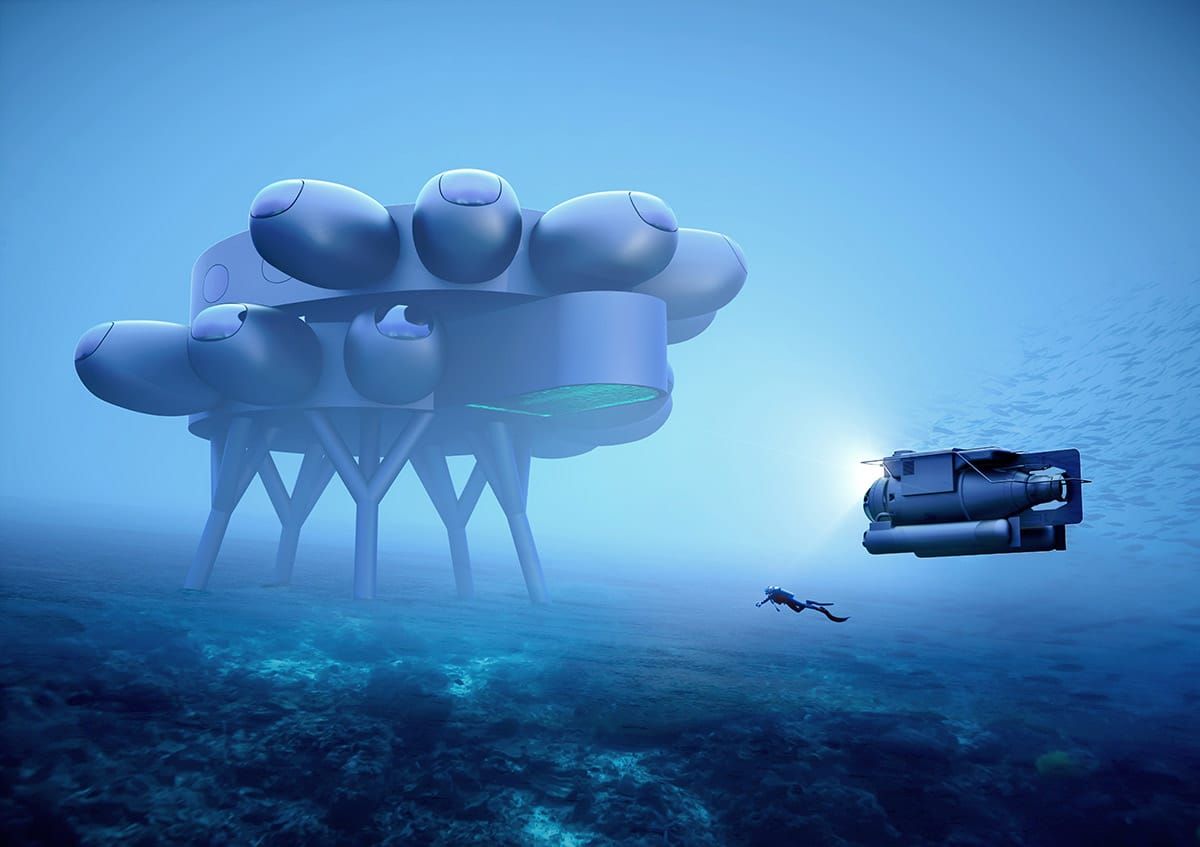 WHAT BRINGS FABIEN COUSTEAU TO THE FLORIDA KEYS? THE OCEAN, OF COURSE

Here in the Florida Keys, we’re no strangers to underwater cleanup dives ? both why they’re needed as well as how much good they can do, especially for local reefs. This month, we were lucky to host Fabien Cousteau, grandson of famed underwater explorer Jacques-Yves Cousteau, on a few such dives in our waters.

Learning to dive on his fourth birthday and joining Jacques on his legendary ships, the Calypso and Alcyone, it seems as if Cousteau was born to continue his grandfather’s legacy. The latter was PADI certificate 001, Cousteau recalls, describing a very different time for the oceans and for those wanting to save them. Now, he builds upon the family legacy in ocean exploration and conservation with local efforts and initiatives like the cleanup dives that brought him to the Florida Keys.

“We’re here in the Keys to help” Cousteau told the Weekly. “We came down with a group of very distinguished supporters to partake in the marine debris clean up with Ocean Reef Club and to look for future synergistic opportunities where we can help the local community.”

Jesus Gudino from The Dive Shop at Ocean Reef Club (ORC) welcomed Cousteau, his team from the Fabien Cousteau Ocean Learning Center (FCOLC) and locals on two cleanup dives at Turtle Reef, off iconic Carysfort Reef in North Key Largo. The divers pulled up derelict lobster traps, discarded rope and line and other marine debris from the ocean floor.

“We unfortunately did great,” Gudino told the Weekly. “We got 664.8 pounds of debris.”

The Dive Shop has cleaned up this area several times before, each time pulling up a few hundred pounds. That shows that cleanups need to occur regularly because human activity and ocean currents constantly introduce new debris into the oceans, even in areas that have been cleaned up before.

Because of that, these “Dives Against Debris” happen throughout the community every month, thanks in large part to a unique collaboration piloted between the Florida Keys National Marine Sanctuary, the National Marine Sanctuary Foundation (NMSF) and local water-based businesses. Starting in 2017 as a response to Hurricane Irma, NMSF began funding select dive shops through the “Goal Clean Seas: Florida Keys” program to remove debris from the water.

All work conducted under the program is permitted, and the shops, called “Blue Star Diving Operators,” are trained in best practices for marine debris removal. The collaboration has been a thriving success, with some shops like Key Dives in Islamorada surpassing 11,000 pounds of debris removed, scientists coming to the Keys to study what animals live on debris and the program being expanded to include snorkel and fishing boats as well as scoping dives to identify “debris hotspots” like the one that Cousteau and his team cleaned up.

Blue Star Operators funded and trained through the program educate their customers on best practices to keep the local coral reef safe and can pass on their savings to their clients, sometimes offering free and discounted trips to locals. In this way, the entire community has been able to get hands-on in making a difference.

ORC resident Nick Davies regularly joins the cleanup dives run by The Dive Shop. He said, “They’re really rewarding and I would encourage everyone who lives down here or visits here to get involved.”

Of the day’s record haul, Davies described it as “rewarding” but also “depressing” that so much remains out there in need of cleaning. He implored, “Even if you’re not diving or snorkeling, come out and help us identify debris and spread the world that there’s a hell of a lot of it down there and we need as much help as possible to keep our oceans clean.”

When asked why he decided to join the effort in the Keys, Cousteau replied with a quote his grandfather had taught him long ago: “People protect what they love, they love what they understand, and they understand what they’re taught.” The efforts that day would help to spread the message about the many different challenges currently facing the oceans, and, more importantly, what each person can do to help.

“The only way we’re getting out of this is if we fill the proverbial bucket together one drop at a time — one action at a time,” Cousteau said. “We’re all responsible for what we see today, so the solution isn’t from one source like myself or an individual doing their best, it’s all of us pitching in.”

His grandfather’s mantra also underpins all that Cousteau and his team at the FCOLC do. One of the most exciting endeavors they’re working on is a new underwater research laboratory called Proteus. Situated 60 feet below the surface in Curaçao, it will be the world’s largest and most advanced underwater habitat.

“A lot of science will be coming out of it,” Cousteau told the Weekly. “Educational components and broadcasting will be for the social good, for the benefit of humanity and the planet.”

Conceptualized after the International Space Station, Proteus will be modular, customizable and run on renewable energy. It will allow for cutting-edge marine and climate science to take place underwater for durations of time not currently attainable and for education about the oceans to reach more people than ever before imagined.

He said, “In 2014, I did a mission deemed impossible called Mission 31. We spent 31 days in Aquarius studying the effects of a lunar cycle on a coral reef. … It was a really interesting exercise in long-term stay underwater.”

The mission ? in both its achievements (a record-breaking 31-day stay underwater) and its limitations (with around 400 square feet of living and laboratory space) planted the seeds in Cousteau that eventually grew into Proteus. The concept design for the latter is even inspired in part by spiraling coral structures.

As for what’s next for the aquanaut, he kept a tight lip, but did hint, “We’re working on something locally. It’s going to be good. You’ll have to stay tuned to see.”

As a final piece of advice to our Keys Weekly readers, Cousteau said, “It’s a privilege and responsibility to share the adventure and the passion (of our oceans) with others. It’s something a lot of people won’t get the chance to do, but that we, at the Ocean Learning Center, and you, in the Keys, can do every day.”

The post WHAT BRINGS FABIEN COUSTEAU TO THE FLORIDA KEYS? THE OCEAN, OF COURSE appeared first on Florida Keys Weekly Newspapers.