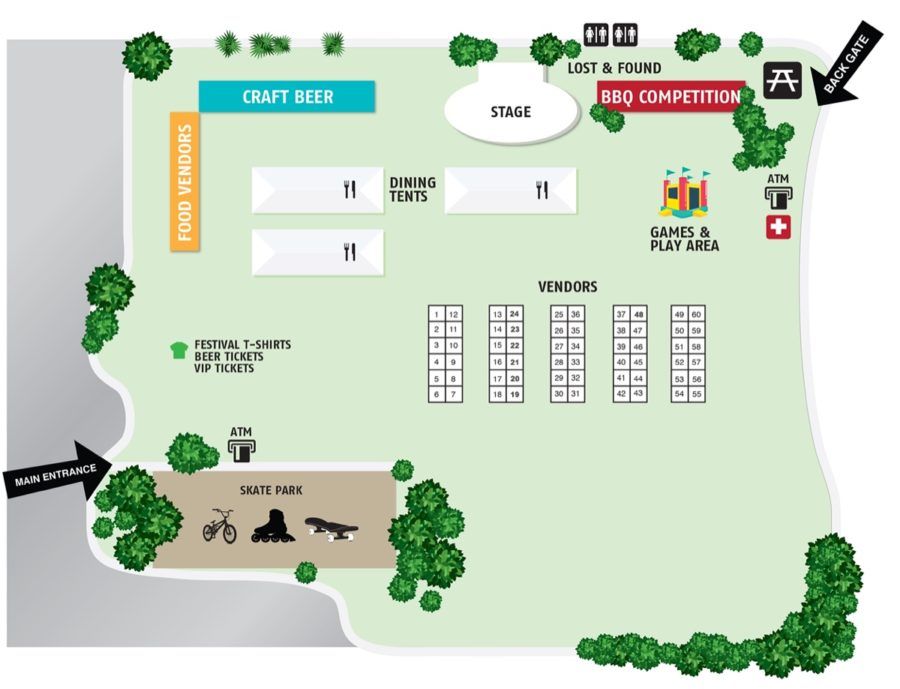 THIS WEEKEND: LOCAL ‘GODS OF THE GRILL’ TO COMPETE AT BREWBQ

The real heroes of this weekend’s Florida Keys Brew BQ, July 17-18, are the amateur chefs. They are setting up on Friday at the park for a sleepless night of tending the grill. Ten teams have signed up for bragging rights, a little cash, and a very cool trophy for the best pulled pork, the best brisket or the best overall.

The competition is serious; the competitors, not so much.

The conversation among the Keys-based pit bosses took place recently at Overseas Pub and Grill. Eventually, mellowed out by a beer or two, they began asking the serious questions.

“Does anybody know the rules?” asked Roussin.

“Listen, guys, it’s very important to remove every bit of fat from the meat before putting it on the grill,” said Pitcher with a straight face.

Griller Tyler Blanton was largely silent during the entire exchange, confident about one salient fact: Naming his team “The Butt Stuff,” would forever be etched in Keys lore.

Kidding aside, these selfless grillers are putting themselves on the line for two days of fun at the inaugural Florida Keys Brew BQ. In all, 10 teams have signed up and every team must cook both dishes, which will be judged by a group of local professionals who burned every single one of their taste buds on Totino’s Pizza Rolls the night before. The amateur grillers will be located to the west of the amphitheater stage. Stop by to say hello and encourage their developing comedic routines.

The post THIS WEEKEND: LOCAL ‘GODS OF THE GRILL’ TO COMPETE AT BREWBQ appeared first on Florida Keys Weekly Newspapers.