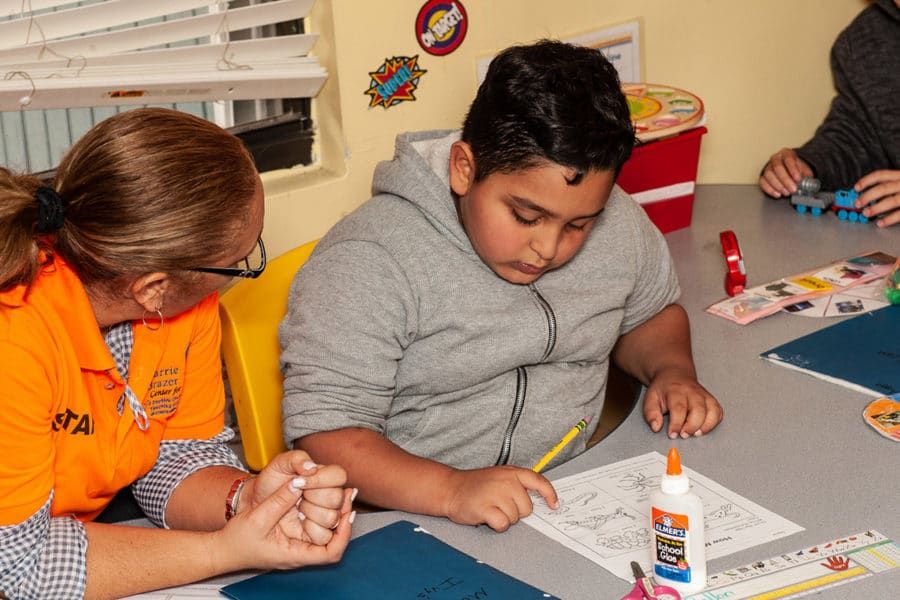 TAVERNIER SCHOOL PROVIDES SERVICES FOR STUDENTS ON THE AUTISM SPECTRUM

A new school for students on the autism spectrum is set to open next month in Tavernier.

Enrollment is underway for students at the Carrie Brazer Center for Autism. Classes are set to begin Aug. 30 at the center’s new home, located at the former Ocean Studies Charter School, at MM 92, oceanside.

A full-day private school for 125 students, the Carrie Brazer Center for Autism specializes in serving those on the autism spectrum and other social and communicative disabilities, including Asperger’s Disorder, high functioning autism and nonverbal learning disabilities. The program consists of cognitive and community-oriented instruction based on positive discipline techniques, as well as the principles of applied behavior analysis.

Carrie Brazer is a Florida-certified special education teacher who founded the Carrie Brazer Center for Autism in 1999. With a master’s degree in varying exceptionalities, Brazer’s school in Miami has served students for 22 years. With a new location in Tavernier, she said, parents won’t need to drive their children to Miami or put them in a special needs class in the Keys. Instead, they can get the services they need in Tavernier.

The Carrie Brazer Center opened an office at 92330 Overseas Highway earlier in the year to provide the community with behavioral therapy, speech therapy, parent training and schooling.

“It’s a wonderful family-centered school,” Brazer said. “Families get to be very involved in their child’s curriculum and planning. It’s another option rather than a public school.”

Brazer said the school can provide one-on-one help as well as speech, occupational and behavior therapy. After-school programming is available, as well as summer and winter camps.

The center accepts the McKay Scholarship and Gardiner Scholarship, and the Family Empowerment Scholarship. The center also accepts most insurance plans to cover the costs of applied behavioral analysis, speech and occupational therapy.

“It really helps the families who are unable to pay typical private school’s tuition,” Brazer said.

The Carrie Brazer Center for Autism’s new school in Tavernier will mostly follow the public school’s calendar, aside from a slightly later start to the school year. Brazer said the school has begun to hire teachers and a board-certified behavior analyst. It is still seeking registered behavior technicians, teachers and teacher aides.

“We’re usually a one-to-five teacher-to-students ratio,” Brazer said. “We don’t usually have more than 10 kids in a class with one teacher and one teacher aide.”

Brazer added that the school is set up to support students who are set to come in August. In addition to classrooms, students will get to enjoy a playground that was built by the Miami Dolphins after Hurricane Irma. The facility is also close to the beach and a park.

“The classrooms are very spacious and it gives the kids a lot of room to learn in stations and move throughout the classroom,” Brazer said. “The middle space is going to be a big room full of swings and play equipment for indoor therapy. It’s a really nice facility set up and ready to go.”

With help from the community, the Carrie Brazer Center for Autism will be spruced up in time for the students arrival. Brazer said they’ll also look to provide transportation throughout the Keys in the future.

“We’re very excited, and I’m so honored to live in the Keys and offer this opportunity,” Brazer said. “I’m already seeing parents come to our center and get excited that there’s other alternatives.”
More information is at www.cbc4autism.org.