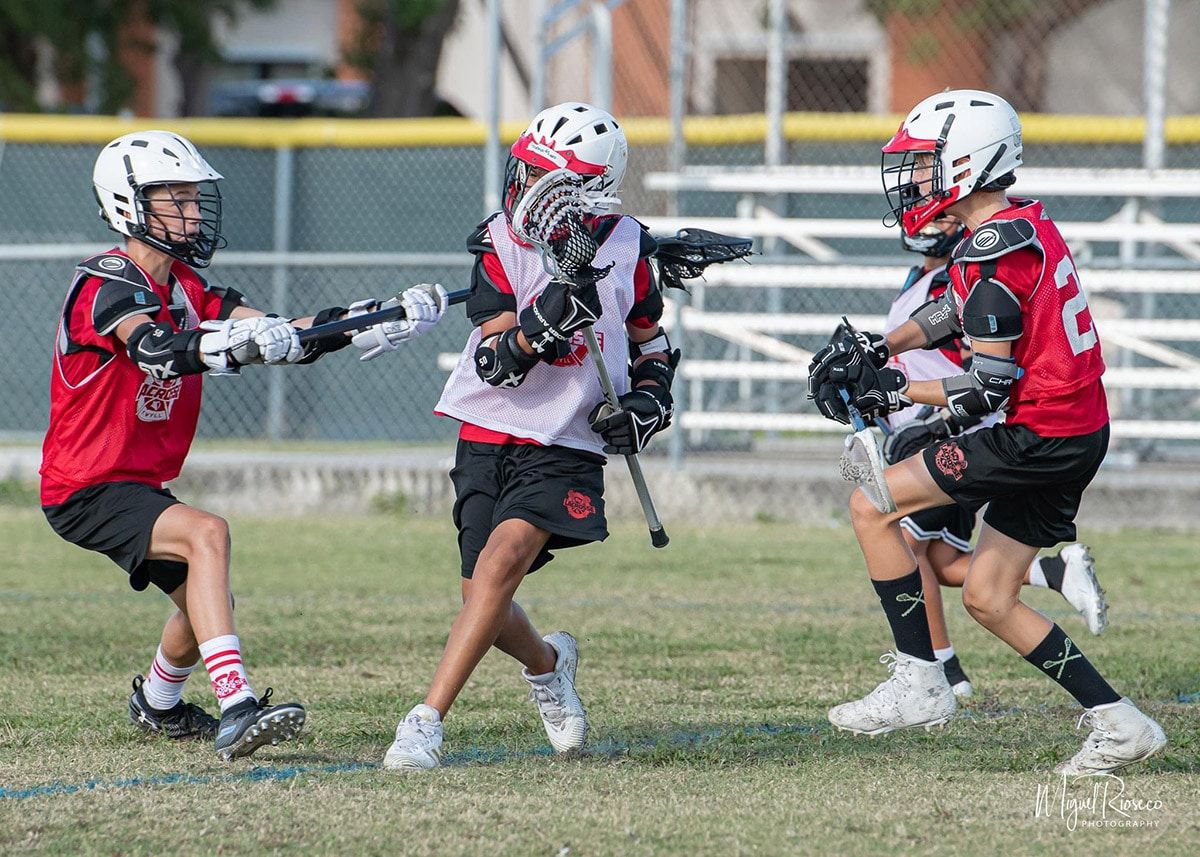 Lacrosse continues to grow in popularity among boys and girls in the island city.

The Key West Youth Lacrosse League just wrapped up its spring season, and despite the challenges of a pandemic, managed to keep 150 kids on the field and engaged.

The league welcomes boys and girls, ages 4 to 15, with the littlest players known as the “mini sticks,” said Anna Louchheim who, with her husband, Chris, coaches teams, sits on the board of the league and are parents of players.

Girls aged 7 to 12 practiced together this season, which highlighted the coaches’ abilities (Amy Bradshaw and Britney Beerbower) to pair younger girls with older ones and develop everyone’s talents.

The Key West Youth Lacrosse League wrapped up its season on May 1, with a series of games and photos at George Mira Jr. field off Flagler Avenue. The league includes 150 boys and girls aged 4 to 15. MIGUEL RIOSECO/Contributed