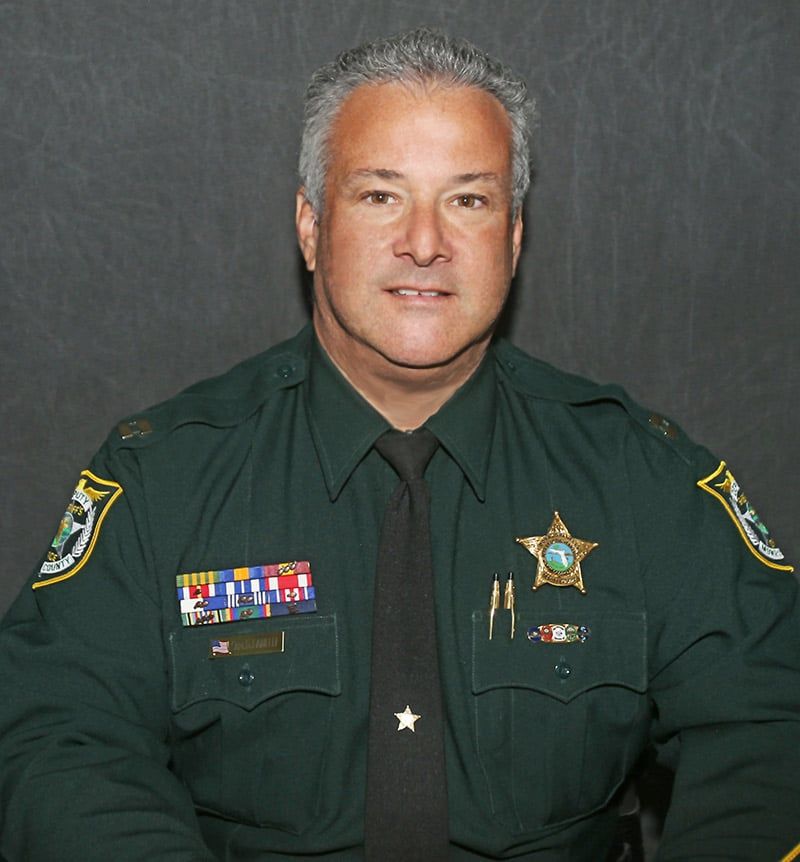 Capt. Don Fanelli could tell stories for hours on his law enforcement career that spanned 35 years.

He remembers the days working in Ohio before shuttering mills and a downward economy led him and some other friends to land employment in the Florida Keys. He recalls a bit of culture shock when reaching the island chain, and looks back fondly on the years he’s worked for and alongside the Monroe County Sheriff’s Office.

Fanelli’s one of the first K9 officers in the Keys, and he’s also the one who spent most, if not all, of his time overseeing the checkpoint in Key Largo during the early stages of the coronavirus pandemic.

Fanelli’s career is full of memories serving the Upper Keys community, and his time within the Monroe County Sheriff’s Office brought long-lasting relationships with area residents.

September will mark Fanelli’s final month serving with the Sheriff’s Office. Then, it’s on to retirement.

There were a bunch of us from Ohio who came down here, and it was a culture shock to say the least.

We were in a city atmosphere for the most part, and now we have this in the Keys where people are coming up to you and giving you letters asking for forgiveness because judges required them to write letters to arresting deputies as apology letters. It was a different time.

You get these letters and it was weird because you’d arrest someone in Ohio and you’d never see them again. Here I am at Winn Dixie one time, I’m hearing “Deputy Fanelli” and there’s this guy coming toward me. I was like, “oh man.” I recognized the face, but I’m thinking “oh man I’m going to have to take care of this; he’s pissed off because I arrested him.” He ended up coming up with an apology letter and I accepted it.

There was a pirate mentality when I moved here. It was a lot different. Bars were open 24 hours. We had a lot of people coming and going. I remember there were guys who’d come work here and would be here a day and leave because it was an island atmosphere.

It was busier then. We had more batteries and stuff because of the bars. But the experience in Monroe County, I was going to leave after one year. I wasn’t too sure about it, but I ended up staying.

When I was in patrol, I didn’t like dealing with people who were arrested. That’s not how I grew up and worked five years in Ohio. I didn’t really care for that. But, throughout the years, I became more mature and understood the importance of not only using those as contacts on the street, but when I became a zone commander and captain, the contacts in the community are obviously invaluable.

I started under Billy Freeman, and he was about treating the community well. From there on out it was Allison DeFoor and Rick Roth and Bob Peryam and now Rick Ramsay.

You look at sergeants in northern states: They don’t move. You’re there 15-20 years before you become sergeant, and that’s what you retire as. I’m very thankful and humbled by the position I have. I never expected to be a district commander in my career, and probably many people who I work with (a laugh follows).

I started out as patrol. I became a field training officer. From there, I went to the zone commander and field training supervisor. I was in K9 and got my K9 instructor’s license. I was an instructor for a short time. Of course, I became patrol sergeant, and from there district lieutenant and captain when I was transferred to Islamorada. Then I transferred back to Key Largo and have been here 12-13 years.

I wish I would have gotten to know people in the Lower and Middle keys. It just happened every time I got promoted it was in the Upper Keys. So I ended up staying here. I’ve enjoyed every moment of it. It’s just an awesome experience.

It’s extremely difficult to police when you don’t have your locals as the majority of criminals. Our criminals, the majority of major cases we have, are coming from the mainland. That requires more work, skill, interview techniques and contacts. For that, I don’t want to say we’re the busiest district. But we’re busier than, say, Islamorada.

I gotta say almost one of the same things that Cory Bryan (former captain who retired last year) said: “You start to feel like a dinosaur after a while. I don’t know, it’s a gut feeling. There’s nothing I can pinpoint. There’s nothing that I dislike or hate. Part of me comes to work and says, “I don’t want to leave this yet.” This is what I’ve known since I was 18 years old.

I’m in no hurry to leave the Keys. Leaving 35 years of acquaintances and good friends, if I break down on the bay in my boat, I have people who I know who can get me. Those relationships take years.

Our plans are to go up to Citrus County and start experiencing relaxation and kayaking and bicycling. I love riding my motorcycle, but I haven’t done that seriously down here because of the increase in traffic. I want to ride where you can be relaxed, not where you have to be on alert every second.

No one accomplishes anything, I believe, simply by themselves. You have to have somebody to help you out. I’ve had great assistants. The community and my staff and everybody I’ve had the opportunity to work with have been great.

At the end of all of this, I just wish everybody the best of luck. I wish everybody I’ve worked with the best in their career and hope everyone stays safe within the Monroe County Sheriff’s Office, and that the citizens continue to provide support they have in the past.

I’ve loved what I’ve done for all these years.