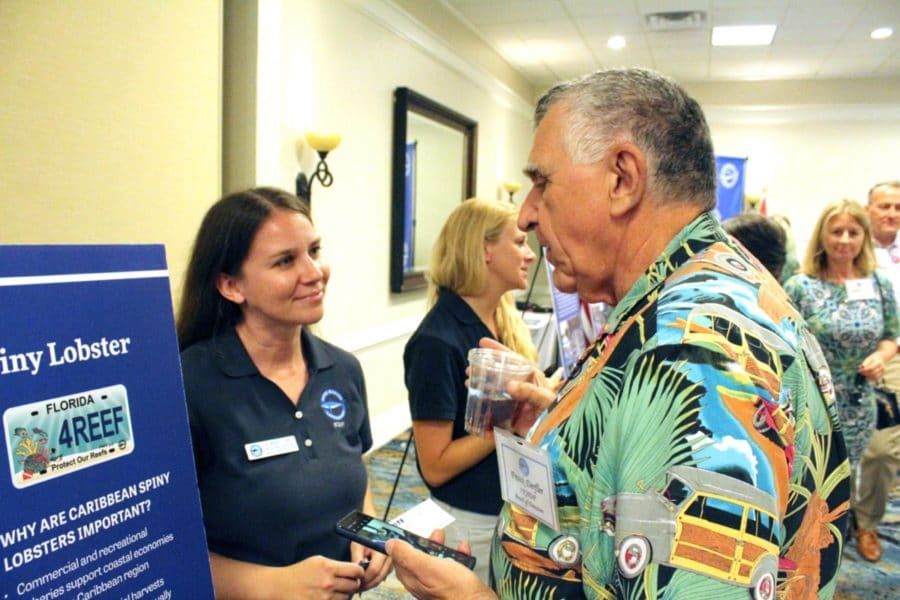 Area leaders met with Mote Marine Laboratory’s scientists and staff to learn more about programs and progress — notably a new coral nursery expansion in Islamorada — during a gathering at Cheeca Lodge on May 14. Along with Mote’s science-based reef efforts in the Keys, the event also highlighted ocean acidification research, coral reef restoration and education programs. Michael Crosby, Mote president and CEO, said there’s vital research ongoing in the Keys by Mote’s brightest scientists and educators. In Islamorada, Mote is building a land-based coral nursery, the first of its kind in Islamorada, on the beach at Bud N’ Mary’s Marina. The new coral nursery will supplement Mote’s in-water Looe Key and land-based Summerland Key nurseries. The goal is to bring the coral reefs back to healthy coral coverage through targeted restoration efforts. “It’s going to be incredibly impactful, and that wouldn’t have happened if it weren’t for Richard Stancyzk (owner and operator at Bud N’ Marys),” Crosby said. “That’s going to be able to help us target the coral reefs up here, not just in the Lower Keys.”