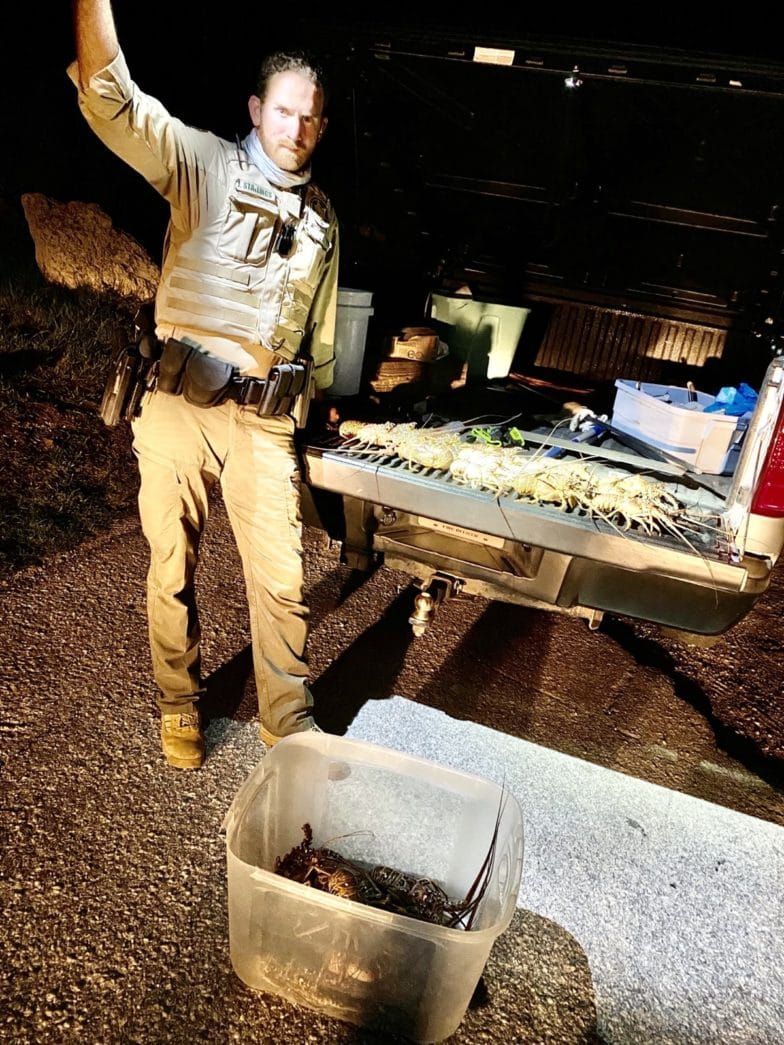 A Miami man is facing a number of charges after officers found him hiding in a bush with what they say was a container full of out-of-season spiny lobsters.

Florida Fish & Wildlife Officer Josh Stallings was out surveilling Whale Harbor Bridge in Islamorada on July 10. At about 11 p.m., he spotted a man carrying a dip net south across the bridge.

Lobster mini-season is the last consecutive Wednesday and Thursday in July. The daily bag limit in Monroe County is six. Carapace must be larger than 3 inches, measured in the water. Possession and use of a measuring device is required at all times. Harvest of lobster is prohibited in John Pennekamp Coral Reef State Park during mini-season and in Everglades National Park, Dry Tortugas National Park, no-take areas in the Florida Keys National Marine Sanctuary, in the Biscayne Bay/Card Sound Lobster Sanctuary, and in the five Coral Reef Protection Areas in Biscayne National Park during both the two-day mini-season and regular season.

More information is at myfwc.com.