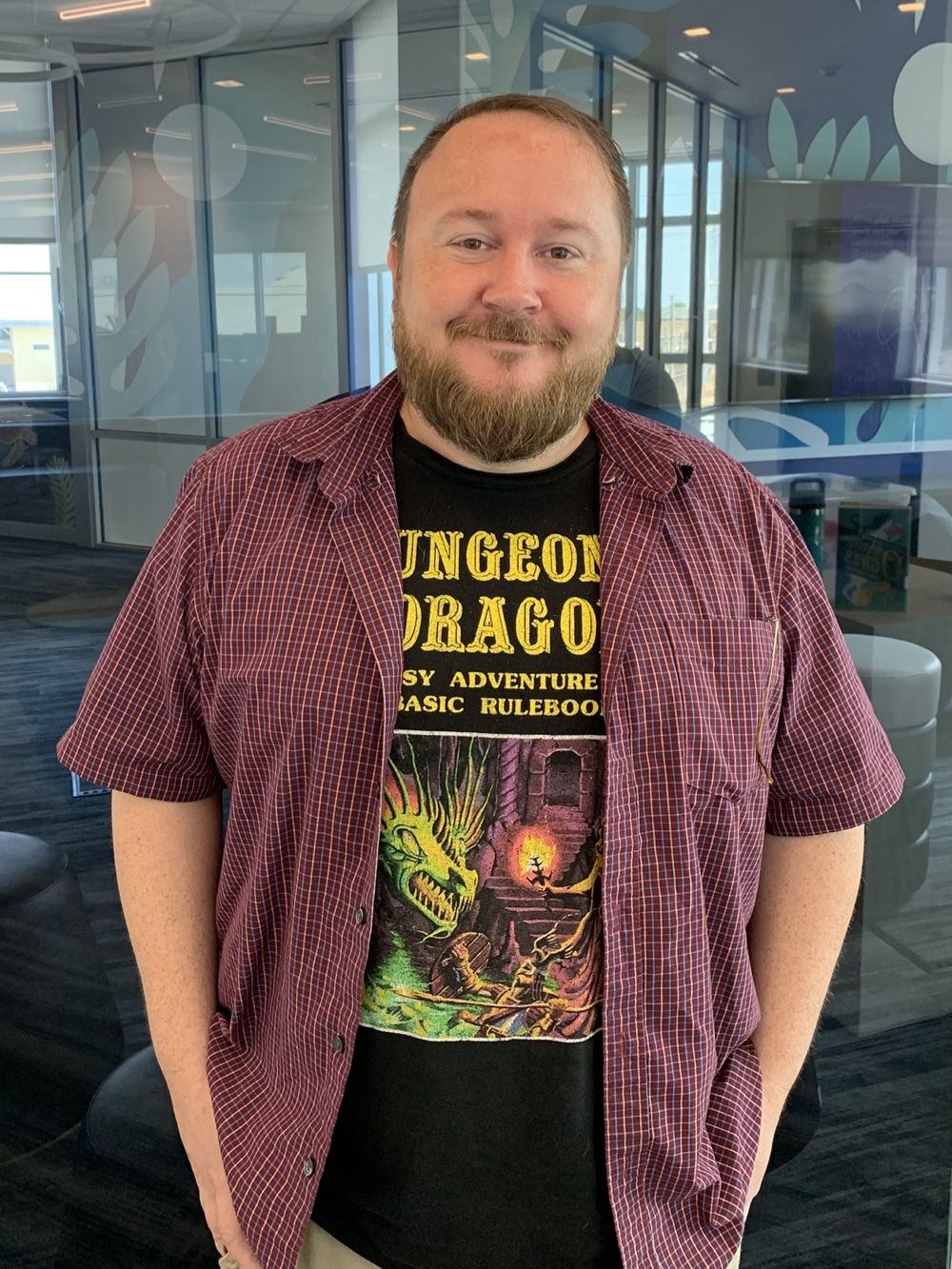 In the modern, glass-walled activity room of the new Marathon library exists an ancient adventure like no other, a trip through mystical lands and far-off realms using the powers of imagination and storytelling. We’re talking, of course, about Dungeons & Dragons, the most popular and engaging role-playing game ever created. Loved by millions around the world, D&D serves as a platform for adventurers of all ages and backgrounds to explore a world outside their often stressful daily lives through a character of their own design.

“What I love about D&D,” said “Dungeon Master” and librarian James Todd, “is that people can just come in and check out this thing they might’ve heard about for a long time; something that’s inspired a lot of the most creative people who make films, books, comics and all the media that people consume these days.”

An early adopter of D&D, Todd has played a myriad of games over the years and built up a formidable knowledge base to teach newbies and seasoned players alike, making sure he can offer the same welcoming and judgment-free environment that the library brings to all of its programs. With pre-teen and young adult groups already up and running on Tuesdays and Saturdays, respectively, he hopes to keep adding new players and to start an adults group the first week of August.

When asked what potential new players and those more hesitant to the idea of joining Dungeons & Dragons should know, Todd said, “What I liked to say is that most people have played a role-playing game as a kid; whether it was cops and robbers or house or whatever it was, you already know how to use your imagination to play a role. D&D is a great way to use that imagination, especially when you grow older, to be in a world that you have some control over. For people on the daily grind, it’s nice to step away from the stress and fight a dragon, get some treasure, be a hero!”

Additionally, he said, Dungeons & Dragons offers enduring life skills for all ages, from improving math skills and vocabulary to learning about history, storytelling, writing abilities and more. In much the same way as an improv class can become a fun pastime and grow social skills, D&D can help those who are more introverted feel more comfortable and share their thoughts; it can provide lasting growth, not to mention friends and social connections.

In addition to D&D, the new Marathon library offers a wide array of fun and instructive activities and dedicated rooms for all ages, such as Saturday afternoon movies in the community room, art and Lego clubs in the upstairs children’s center, a teen room full of video games, yoga in the downstairs activity room and computer skills classes. “The library in the modern era is looking to occupy that ever important middle space between work and home,” Todd said, “a community space for people to feel comfortable; to learn, to get free entertainment and to spend quality time with the members of your community. We want to be known as Marathon’s living room.”

Check out the library’s extensive new facilities along with its activity schedule at keyslibraries.org/marathon or in person Mondays through Saturdays beginning at 9 a.m.