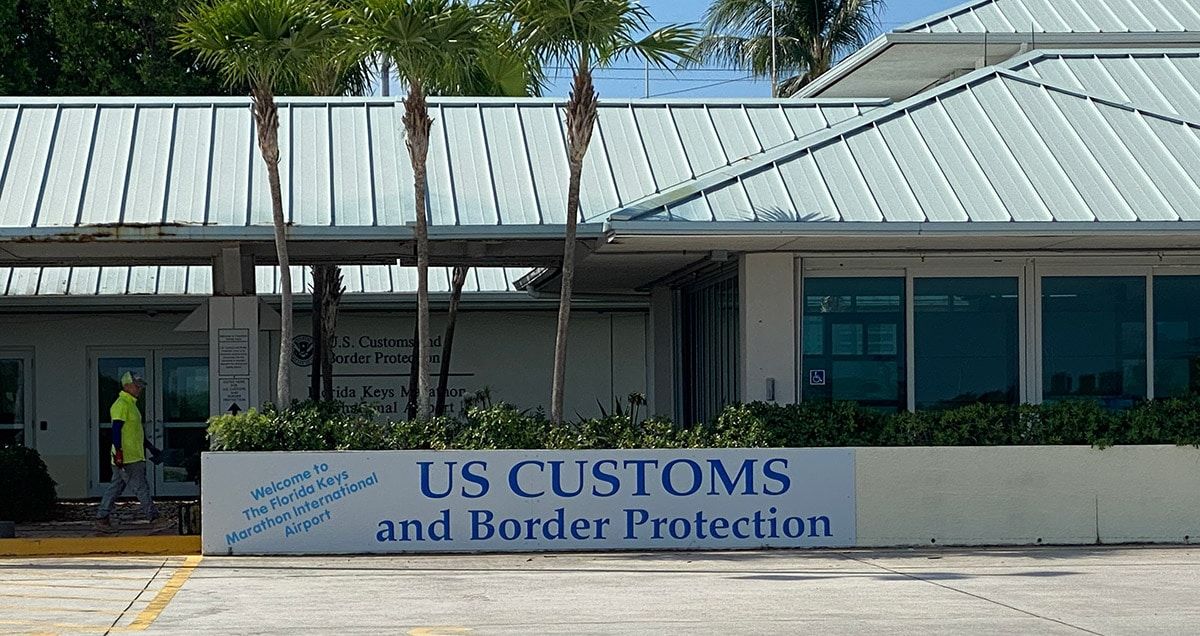 The day before lobster mini-season started, Marathon airport was seeing a small uptick in private jet traffic. The welcome area at the jet center’s “terminal” — located within a yellow plantation-style house hugged by palm trees — was a little busy.

A passenger strolled into the reception area. “Would you like a beverage? Coffee?” asked the attendants at the front desk.

The passenger paused, with a smile on his face. “You got any pies?”

Official reports verify that the airport is experiencing more traffic. At the July 21 Board of County Commissioners meeting, Richard Strickland, director of airports for Monroe County, said that in 2020, 2,716 tails came through the Marathon Jet Center, while 5,732 tails came through Marathon General Aviation. In total, 8,448 aircraft.

Marathon airport is divided into two sections: Marathon Jet Center for the larger private jets and Marathon General Aviation for the smaller piston aircraft. In industry lingo, all planes are “tails.”

He pointed out that travelers who fly on private jets are the types to buy up properties and spend money.

“We have to add more space for jets for wing-tip clearance,” he said.

Commissioner David Rice responded, “Fifteen years ago, it would be one jet and we tried to track down who it belonged to.”

Strickland also said he is meeting with a commercial airline in August for its potential use of Marathon Airport. However, he explained, larger jets cannot use the facility until the runway is moved.

The airport division estimates that an average of six people, including pilots, arrive per jet aircraft, while two people arrive via piston aircraft. In 2020, that equated to some 27,000 pilots and passengers. Airport officials say that helps reduce traffic on the Overseas Highway.

Back on the day before mini-season, general manager and vice president of Marathon Aviation, Will Zimdars, was directing the private jet traffic. He told Keys Weekly that on that day in particular, the facility would probably see about 30 or 40 jets. The passengers are typically homeowners or tourists coming for mini-season. In October, the traffic at the airport would likely go up to 60 or 70 aircraft a day.

“I’ve worked in many airports around the country, and this is one of the more unique ones I’ve worked at, in terms of providing jobs, the potential for expansion, and being centrally located. It’s a gateway to the Keys,” he said.

And the future is only going to get brighter — or bigger, at least, at Marathon Airport — from here. Especially since, as of five years ago, the facility attained the ability to process international flights

“We’ll be adding an additional hangar and restaurant and an additional aircraft ramp, changing it into a world-class facility that it can be,” Strickland said. “It’ll be fabulous and done in two and a half years.”