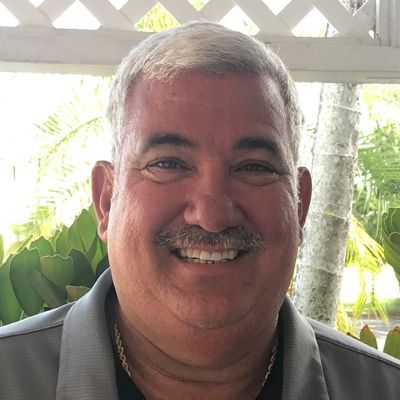 Up until last week, it didn’t look like it was going to be much of a horse race. Only incumbent Mayor Luis Gonzalez and newcomer Lynny Del Gazio (nee Thompson)  had declared their candidacy for a seat on the Marathon City Council for the November election. Then, late last week, Trevor Wofsey and Greg Coldiron filed papers with the Monroe County Supervisor of Elections, too.

Marathon Council elections are at-large, meaning that regardless of the number of candidates, the top vote getters are elected to two open seats in November.

Coldiron said he’s running because he thinks “Marathon could be the best small town in Florida. We’re almost there.”

His top three concerns are the city’s building, code and planning departments. “Our building department is completely broken until we give them the tools, the software, if the software we have is the problem, throw it in the trash and start over even if it costs $60,000, $70,000 or $80,000. As far as code enforcement, I’m sure they are understaffed and this needs to be addressed.”

Coldiron gives the city high marks for its parks and recreation department, the service of City Manager George Garrett, and the community itself.

“We have such a great community and I truly believe that most of the city council has the best interests at heart and is trying to make our city a better place for all of us. It’s my turn to serve. Leadership matters,” Coldiron said.

Coldiron has been a longtime visitor and property owner in the Keys, and a full time resident since 1999. Previously, he said he organized very large events for a national brand and had business holdings to support the business running from a trucking terminal to ownership of an ice company. Coldiron was previously married to former Marathon Councilwoman, and current Monroe County Mayor, Michelle Coldiron.

Wofsey has lived in the Keys for 21 years, the last nine in Marathon and works for the U.S. Post Office.

“We have a great community; a lot of people step up and go above and beyond. I just wish there was more of it,” Wofsey said, adding that he wants to spend city money on projects for locals.

“We’re getting taxed for the sewers and the hospital, but I hear the city nickel and diming the rest of us. We sure as hell can afford a pool; we need to give something back to the people,” Wofsey said.

Wofsey also said the city needs to do more to encourage affordable and workforce housing that is truly affordable. “We can’t rely on the public bus to bring employees down here. I am a 21-year union member, proud and strong. There are people putting in 50 or 60 hours a week to make it down here. We need to take care of the people that we rely on daily to run our community,” he said.

As previously reported in the Keys Weekly, Del Gazio has lived in Marathon since 1971, with a brief interruption when she lived in New England. She graduated from Marathon High School and has a long and varied career in hospitality and real estate. In addition to growth, Del Gazio said her top issues are vacation rentals and preserving the Keys’ unique environment.

Gonzalez is a longtime business owner in Marathon with a growing family. He said he is a diligent public servant.

“I think I’ve been a voice for the citizens; there haven’t been any issues or concerns that I haven’t followed through on,” said Gonzalez, adding his top priorities are finishing the redevelopment of the skate park and splash pad, as well as the Quay property.

“Most importantly, I want to continue to find that balance so that residents feel comfortable calling Marathon home,” Gonzalez said.

Gonzalez was the only candidate to collect signatures of registered voters to qualify. The others will have to pay $840 — a figure based on the council person’s salary — to qualify, as well as sign an oath of office and provide financial disclosure information.

Qualifying ends for the City of Marathon election on Aug. 10 at noon. Early voting begins on October 18 and runs through Oct. 29. Election day is Nov. 2.

2021 is an “off” election year in Monroe County. Only Marathon and the City of Layton are holding elections, which typically depresses voter turnout.

Layton City Council incumbent Gregory Lewis has announced his candidacy for the seat he currently occupies. The filing fee in Layton is $50. Qualifying ends on Aug. 13 and, like Marathon, the election is on Nov. 2.

Lewis has served on the Layton City Council for 10 years and this will be his fifth term.

“Our constituents are happy with what we do. With our ‘new’ Mayor Bruce Halle, he brought a whole new flavor to everything and we’re moving forward and being progressive.”

Lewis said Layton’s biggest challenge going forward would be addressing sea level rise. Lewis’ background is in building and he has been a full-time resident of Layton since 2011.