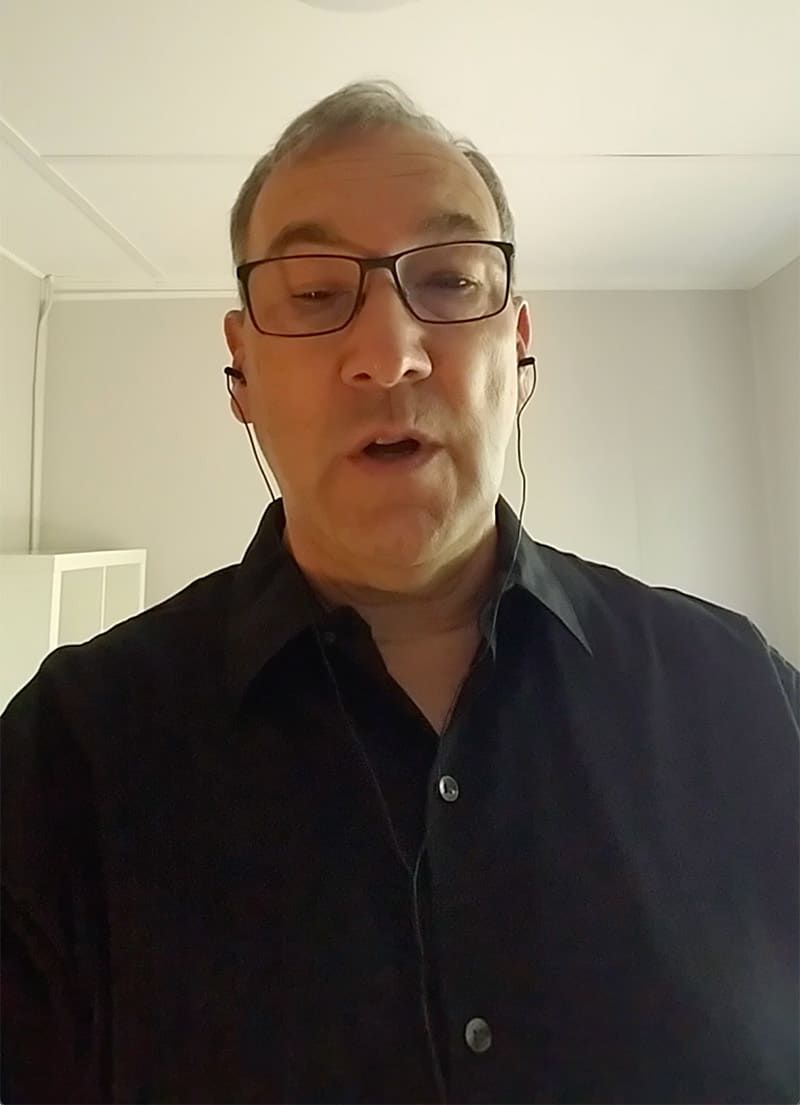 Call it whatever you’d like, as long as you also listen to it. The blending of harmonies, melodies and ranges creates a powerful collective voice that you can’t help but enjoy.

As anyone knows who has stood on risers to sing in a school auditorium that doubled as a cafeteria, there’s something fundamentally enjoyable about choral music.

Those glee club students have all grown up and are now part of Keys Choral Arts, a nonprofit chorus that performs two concerts a year — one in the spring and one at Christmastime — under the direction of Tim Peterson.

Keys Choral Arts will offer a free virtual performance to be released on Mother’s Day (Sunday, May 9). Due to COVID restrictions, the chorus had to get creative with their concert.

More than 30 members of the Keys Choral Arts will present a free virtual Spring Sing to be released at 4 p.m. Sunday, May 9. Visit keyschoralarts.org for the concert link. CONTRIBUTED

“What’s amazing is each person records themselves singing, and that recording is then combined with those from the other singers to make a glorious choral sound,” said singer Maryanne Johnson. “The show will also feature duets, solos and a small-group number.”

Peterson said the show includes several Gershwin favorites, some performed with musical accompaniment and some a capella.

“Granted, the virtual Spring Sing is not the same as attending a live performance, but there are lots of benefits to this as well,” Johnson said, adding that viewers can watch from any room in the house, wearing and drinking whatever they want. “Plus, you can watch it as often as you’d like and can rewind and fast forward to appreciate the talents of solo singers and acknowledge the power of being a part of something bigger.”

The Spring Sing features more than 30 voices, while the full chorus will be back together and in person for its annual Christmas show this December, Peterson said.

*Assumes 2.799% APR, 20% down payment, and conforming 30-year fixed rate first mortgage on a single family, primary residence. The monthly payment you enter includes only principal and interest. Additional required amounts such as taxes, insurance, home owner association dues, assessments, mortgage insurance premiums, flood insurance or other such required payments should also be considered. Not all individuals will qualify for a mortgage loan based on the payment entered. Rates cited are for instructional purposes only; current rates are subject to change at any time without notice.  **Posted APR is based on Mortgage Assumptions.
Copyright © 2021 Fidelity Home Group supports Equal Housing Opportunity | All Right Reserved  | NMLS Identifier 1834853. Fidelity Home Group is not affiliated with the Department of Housing and Urban Development (HUD) or the Federal Housing Administration (FHA). Not intended for legal or financial advice, consult your own professionals if such advice is sought. Accessibility Statement  | Consent to Receive Electronic Loan Documents  |  Cookies Policy   |  Disclosures  | Email and Mobile Policy |  Fair Lending Policy  |  Mortgage Assumptions  |  NMLS Consumer Access  |  Privacy Policy  |  Terms of Use
Contact Us
(786) 755-7400
moc.puorgemohytiledif@olleh
Send a Message
Schedule a Call
Schedule an Appointment