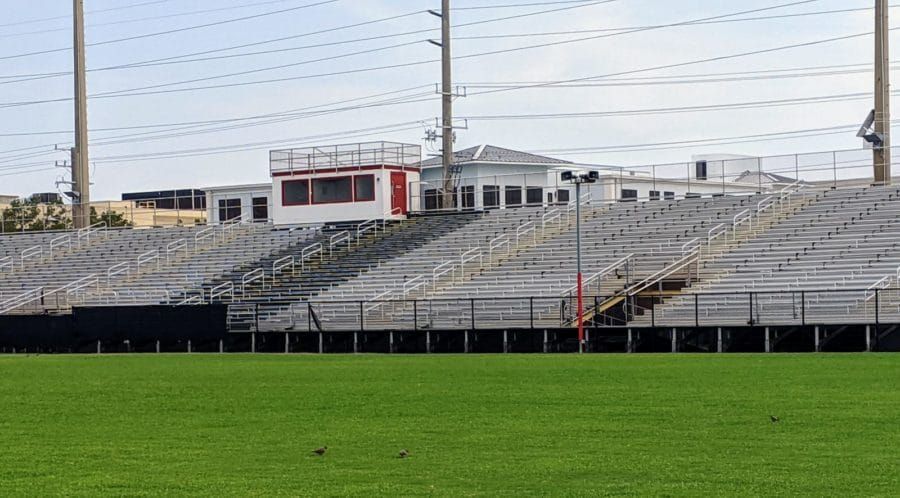 For the first time in recent memory, the Key West High School Conchs will play their home football games someplace other than Tommy Roberts Memorial Stadium.

The stadium on Kennedy Drive is slated for a complete $15 million upgrade in the next two years. In the meantime, the fields at Tommy Roberts remain open and will be used for baseball and other activities, but the bleachers have long needed significant improvements or replacement and cannot be used for spectators.

One source with close ties to the high school told the Keys Weekly “the bleachers are condemned. That’s why graduation was held at the amphitheater this past spring,” but school district officials stopped short of using the word “condemned.”

“The bleachers on the football side have capacity restrictions since further investments in maintenance and repair were ceased in light of the pending renovation project, which is scheduled to break ground at the end of this spring’s athletic season,” said Pat Lefere, the school district’s executive director of operations and planning. “The complex will continue to be used until that time for baseball and other activities as required. Football games will be held in the newly renovated Backyard field for both the 2021 and 2022 seasons.”

The new Backyard, in the rear of the high school campus, features a new fields, a track, bleachers, concession stand, press box and other amenities.