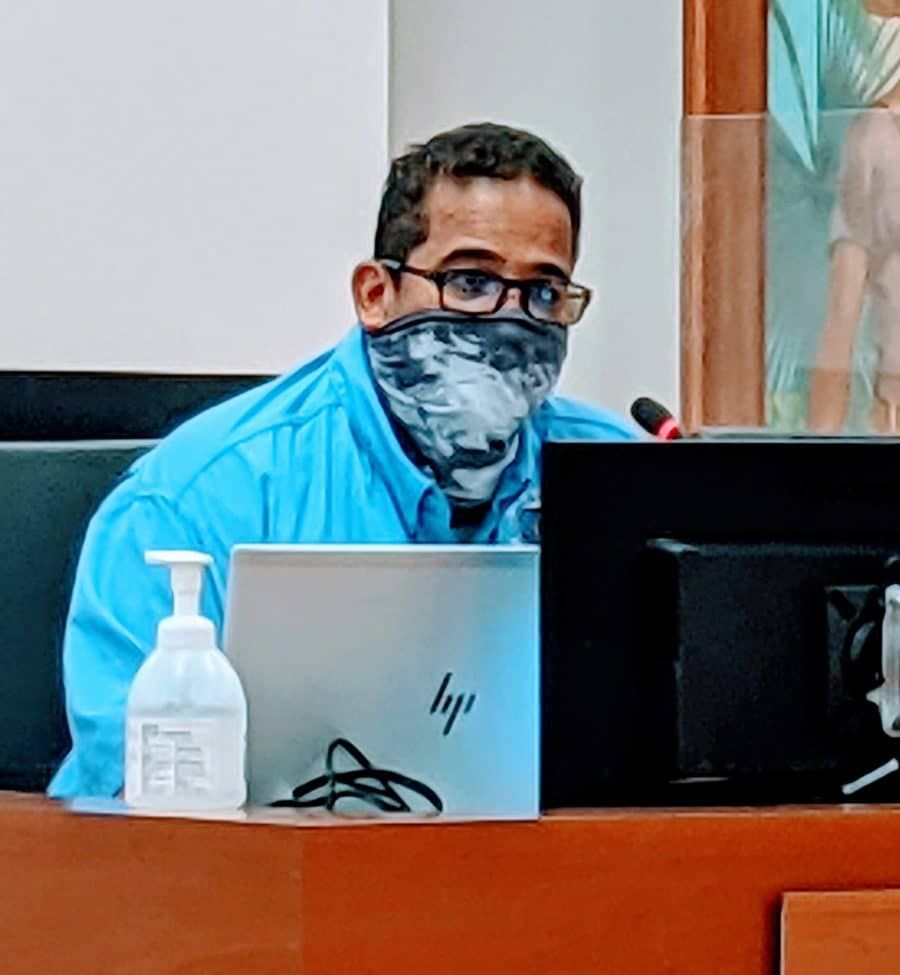 “I will not condemn the building, but this is still not off the table,” Ramsingh told the condo association board, unit owners and some of their tenants who were present.

“I don’t want these necessary repairs to fall by the wayside as has occurred in the past,” Ramsingh said after hearing testimony from two engineers and condo association board president Oliver Kofoid.

The building’s former engineer JL Sanders recently withdrew from his position with the 111-unit Santa Clara, citing significant safety concerns and large-scale repairs. Sanders stopped short of saying the building is unsafe for habitation. “I can’t comment on the safety of the building, whether it’s going to fall down, or whether parts of it are going to fall down. But due to the extent of the repairs needed, I really am not in a position to continue. They need a firm with more capacity than me.”

Sanders said he has repeatedly recommended and offered to conduct lab tests on core samples of the 40-year-old building’s concrete that is failing in several places.

“We’ve repeatedly run into some very bad concrete at the building, and had never done an analysis of it,” Sanders told Ramsingh. “Over the years, we’ve done repairs in a triage manner. We’ve made quite a few repair recommendations to the association. Some of them were completed, but others had to be reduced in scope or were postponed.”

The Santa Clara condo board last week hired Tampa-based engineer Thomas Cheever, who completed a three-hour site visit and submitted a report to the city dated Sept. 11, Ramsingh said at the hearing.

“There is no doubt, the building has suffered significant damage over the years. It’s clear the board has been ignoring this for years. I’ve never seen such systematic deterioration that’s apparent at Santa Clara,” Cheever said. “But I can say with certainty that it can be repaired.

“I found nothing to substantiate any threat of partial or catastrophic collapse.That said, should there be a significant weather event, the building should be re-evaluated.”

Cheever said the roof should be the board’s top priority, as it is the main source of water intrusion that is weakening the structure.

Cheever also agreed with Sanders’ and Ramsingh’s concerns about the south stairwell that shows exposed rebar, deterioration and crumbling concrete on the steps themselves.

“While I don’t think the stairs will collapse, I do recommend they be alarmed and not used for anything other than an emergency exit.

“I understand why Mr. Sanders supported efforts to triage these repairs, but in my opinion, that was a disservice to Santa Clara and all its residents,” Cheever said.

He also questioned the motivation for concrete core sampling.

Current estimates place the cost of repairs between $8 and $10 million, according to Sanders’ most recent engineering report.

Condominium board president Oliver Kofoid told Ramsingh on Monday the board still has not passed a special assessment that will require unit owners to pay an additional amount of money to put toward the repairs. The board also is still working to secure bank financing for the repairs, but that had not been approved as of Monday’s hearing.

The board and owners meet again this Thursday, when they are expected to pass a special assessment and set the due date for the initial payment, Kofoid said.

And what if the banks do not provide financing? Ramsingh asked.

“That would lead to the process of liens on units, foreclosures and another entity would probably end up taking over,” Kofoid said.

Ramsingh ultimately gave the association and Cheever 15 days to submit a plan to address the most pressing life-safety concerns, including the danger of falling debris from concrete spalling.

He also gave the board 45 days to submit a complete repair plan.

“This has been going on for quite a few years, and always seems to come down to money,” Ramsingh said. “What makes this time different? What assurances do we have that you’ll actually move forward on repairs this time?”

“My intent is to have the scope of work ready for bidding by contractors in late October or early November,” Cheever said. “We’ll bid it in November and December and begin work in January.”

The building can remain occupied for now, Ramsingh said, but directed the board to remain in contact with him at least every 15 days to ensure the delays do not continue.

“The city’s chief building officials was professional and considerate to all parties. While the two Santa Clara engineers provided credible testimony, they also acknowledged potential dangerous circumstances which exist at the building now in urgent need for repair,
Kaufman told the Keys Weekly. “All parties including the many tenants who appeared at the hearing are concerned primarily about the safety of the residents in the building. We are all hopeful that repairs can be made within the shortest possible time frame. This is a matter being taken very seriously by the city and rightfully so. The building official’s findings also give Santa Clara a short timeline to make repairs that are most urgently needed.”