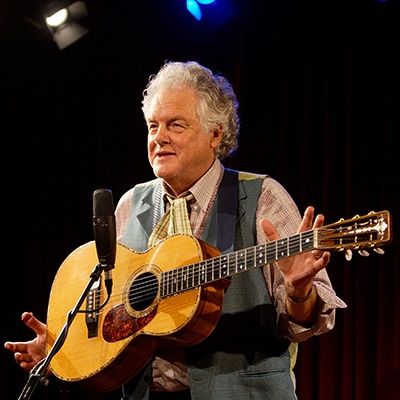 “Seminole Wind” is an original piece by country singer John Anderson that speaks to the struggle and displacement of the Seminole Tribe in Florida caused by war, destruction of natural resources, and the draining of the Everglades for financial gain.

“I learned this song by hearing my father, Ted Hyde, AKA ‘Grateful Ted,’ play it,” Kelly Hyde said. “My father was based in the Florida Keys and played music there for over 30 years, and I’ve always connected with the song deeply when he played it in his folk style.”

Hyde has a reputation of bringing authenticity to her listeners. In this new collaboration with Rowan and DWP Sounds, listeners are in for a fresh dream-folk feel.

“I felt a beautiful sadness that carries a clear message of pain and loss for a beautiful culture. I felt a loss last year when he died suddenly, and I know he would be so proud to hear me singing with Peter Rowan on the track too since he was a fan,” she continued.

“Pichard has connections to family and the land in Florida as well. So it turns out the song is special to both of us in that way,” Hyde said.

Although the original song is in the country genre, this new version is a folk-, bluegrass-style featuring layers of harmonies, fiddle, guitar, ukulele and lap-steel guitar, all carried by a steady upright bass groove. The other musicians in the production are Ydine on background vocals, Hawk Devri on fiddle, Jacob Staron on pedal steel, Ethan Jones on upright bass, Hyde on ukulele, and Pichard on acoustic guitar.

Hyde lives in Hawaii. She played in June at her father’s celebrations of life in Key Largo. She is a frequent performer at Big Island festivals like Kohala Aina Festival and Manafest. She has performed at larger venues such as Oregon Country Fair, Shangri-La Festival in Minnesota, and Yasgurs Farm Woodstock Reunion Festival in New York. She placed third in Hawaii Songwriters Competition in 2018 and has been seen on lineups alongside Paula Fuga, Pato Banton, Amber Lily & Tubby Love, Ydine, Medicine for the People, and Hope Medford.

The song is available for download on Bandcamp, Spotify, Apple Music and all other streaming platforms.