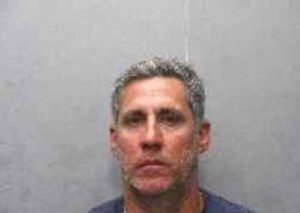 A Hialeah man arrested in May for spearfishing in a restricted area and possessing an array of undersized fish will spend 60 days in jail, following a sentence handed down by Monroe County Judge Sharon Hamilton on Wednesday, Aug. 25.

Not only will Alejandro Ruiz, 47, serve jail time, but he’ll also be on probation for two years and commit 240 hours of community service. His fishing license is also suspended for two years, and he can’t be on the water for the duration of his probation. Ruiz must also take a Florida Fish & Wildlife course.

“I believe he was well aware of what he was doing because he had been convicted of spearing lobster in 2006 in this county,” Jaile said.  “I put it to judge that this is an egregious act of poaching.”

The case dates back to May 8, when Florida Fish & Wildlife Conservation Investigators Chris Mattson and William Thompson were on an unmarked water patrol near Rodriguez Key, roughly 1.5 miles from Key Largo, around 3:30 p.m. While patrolling, they noticed a man loading a speargun within a 3-mile restricted area. The two investigators subsequently made their way to the vessel where they boarded to find Ruiz, another man and one juvenile.

Inspection by investigators revealed a cooler that contained a number of different fish species that appeared undersized. Contents within the cooler had one undersized black grouper, two undersized mutton snapper, eight undersized hogfish and two barracuda over the 36-inch maximum. Ruiz also didn’t have a valid saltwater fishing license.

“This guy came down here and just didn’t care and was kind of looking to rape and pillage,” Jaile said. “Taking eight hogfish when you’re only allowed one, and all of them were undersized, that’s pretty bad.”

Jaile added that Hamilton’s sentencing was one of the stiffer ones for a resource case that he’s seen in his two-and-a-half years as a prosecutor in the Keys.

“I was very happy. Through the plea negotiations, if he was willing to enter a plea, I offered the defense attorney 30 days jail followed by a year probation and only 60 hours community service. He rejected that and open pled and more than doubled my best offer on the case. The judge did good.”