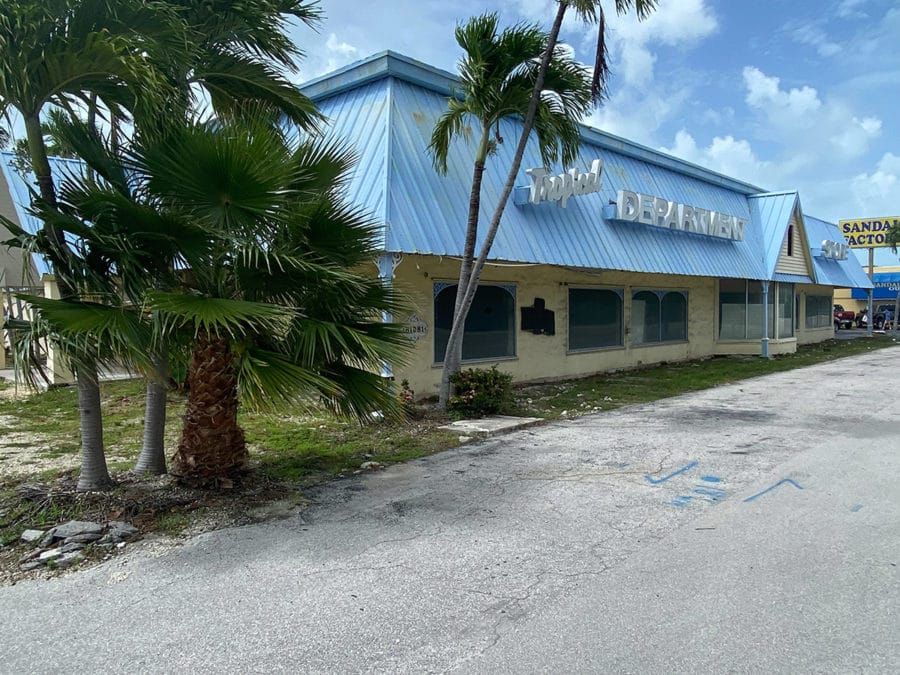 Concerns were expressed during a recent council meeting, however, over where the money would come from for property located at 81981 Overseas Highway. The dais is set to gather on Wednesday, July 21, at 5:30 p.m. for a special meeting to discuss whether to put in an offer before a looming deadline.

At a previous meeting in April, council members directed staff to investigate the property that has a suggested price tag of $2.15 million. It’s listed by Retail Net Real Estate, and an offering deadline is next Wednesday, July 21.

Mayor Buddy Pinder, who brought forth discussion at a July 1 meeting, acknowledged the village’s parking limitations, especially on Upper Matecumbe Key where a majority of businesses are located. Pinder said business owners have expressed frustration over cars parking in their spots to go to other places.

“I thought we could do a parking lot, a public-private partnership where the village gets a check from it,” he said. “It would be a park-and-ride like Freebee, which picks them up there and they can get delivered to Florida Keys Brewing Co. or Islamorada Beer Company or the (Green) Turtle or wherever they’re going to go so it’ll take traffic off the road.”

“As to can you, there’s money in the general fund. In absence of having a strategic plan and vision and priorities, it gets to be hard to evaluate whether or not this is the greatest priority,” he said.

Oravec said a local business owner is among the group of interested bidders for the property. Oravec said if the bidder is lucky to obtain the property, he would make it available to the village at his cost. In turn, he would take any commercial development rights associated with the property as part of conveyance.

Councilman Pete Bacheler said the village purchases of property have come without a strategic plan or a direction.

“All I’m suggesting is we have to be careful,” he said. “There’s an old expression: Property rich and money or cash poor. It does you no good to have property all over the place if you can’t do something with it.”

“It’s been the policy of the council since day one that we have reserves to account for contingencies, primarily from a hurricane,” he said. “If we’re going to raid that to make this purchase, I wouldn’t support that.”

Finance Director Maria Bassett suggested the dais let someone else buy the property and take the risk. If it works, she said, the village can examine a public-private partnership.

Councilman David Webb expressed the idea for a parking garage. He said businesses for the last 20 years have been encouraged to come and develop, yet there was no requirement for providing parking.

“It was not until we got Bass Pro and Publix and big box stores were there any serious declarations of them purchasing land for the purpose of accommodating parking,” he said. “We can’t go back and tell businesses, ‘You can’t park on easements or neighbors’ front yards because that was not part of the deal.”

Village Planning Director Ty Harris said he’s fielded numerous calls inquiring about the property. In research of the site, he said the property would generate some serious traffic if developed into another retail store.

“When I’ve been getting community input, 1a and 1b are illegal vacation rentals and traffic,” Harris said.

Harris added that the only sections of failing road in the Keys are in Islamorada.

“(Traffic studies) use a blended model and take the entire Keys into account, and we hover around 43-44 mph, which is why you’re able to redevelop,” he said. “If we just use Islamorada, you wouldn’t be able to do anything. You’d be failing in Upper Matecumbe and in front of our building.

A regular scheduled meeting of Islamorada Village Council is still slated for July 22 at 5:30 p.m.