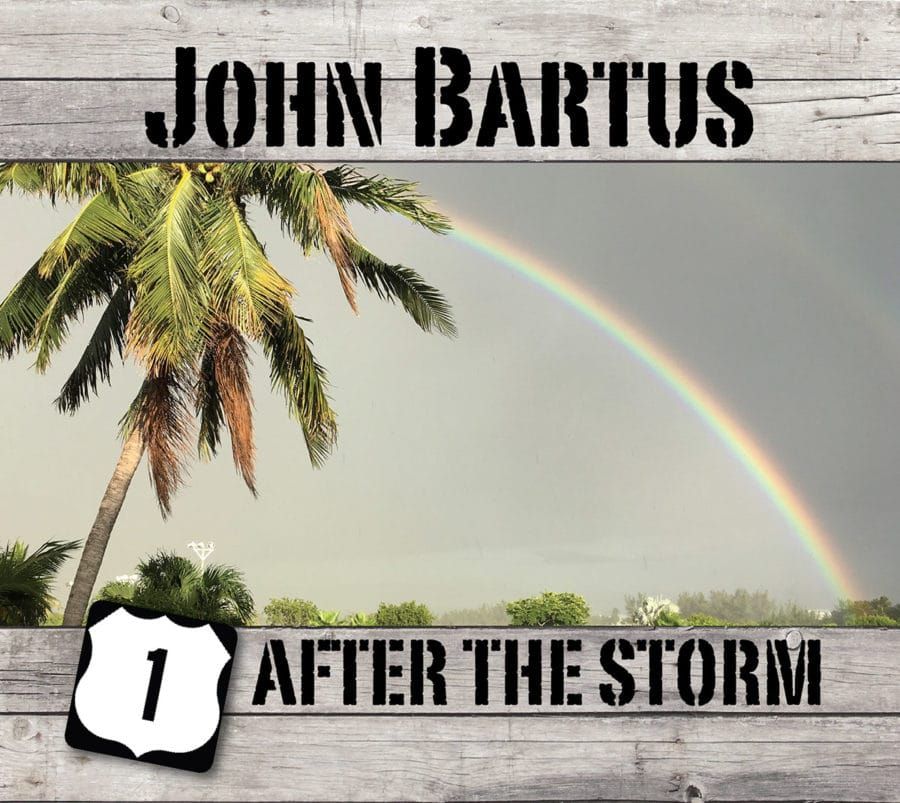 Spend any time in the Middle Keys and you’ll hear John Bartus singing and playing guitar — or piano. His “Perpetual Island Tour” has been going for nearly 40 years, starting with bars and restaurants that no longer exist and extending to those rebuilt after Hurricane Irma.

But his tour was disrupted, as were so many things, when COVID hit. Venues closed. The only way to get restaurant food was to pick it up and take it home. For a while, you could walk across the Overseas Highway blindfolded and not worry about being hit.

No one was going out to hear musicians.

So Bartus did two things:

He started playing Facebook Live concerts on Friday evenings, reconnecting with folks who weren’t in the Keys any more and giving a bit of almost normal life to those who were. Even after things began opening up as the virus receded, he has continued these shows, most recently at Marathon Community Park, where he was prepping for last weekend’s inaugural Florida Keys Brew BQ.

And he recorded an album. During those Facebook concerts, and at his live shows when things opened back up, he’d play a new song or two, noting that they were from his forthcoming CD. With 13 songs, including one that’s destined to be a holiday favorite, “After the Storm” is, as they say, available on all the platforms. Or from Bartus himself at any stop on his tour.

Here’s more from Bartus on the new album and on playing music:

Outside of being out of work for months, which was bad, the pandemic gave me time to get my studio operational and begin the project that became the new CD. Being a musician on this level in the Keys meant I could get back to work a lot sooner than a lot of the touring artists. And I just got done with the BrewBQ event. It was real nice to play an event again.

I’m still saving several songs that will fit better on my next CD, “Time & Tide.” I chose songs for “After The Storm” that mostly were written after 2010 and were more acoustic.

On “After the Storm,” the newest song is “Little Stages,” and it was written quickly toward the end of recording. The oldest is likely “Kiss Your Life Goodbye.” It’s somewhere between 10-15 years old.

I did what I set out to do when writing “Blue Zone.” The song celebrates the healing power of the shore, where the sand meets the sea. I’m very happy with every part of the song.

The only one of these I haven’t played live is “Still Come Back For More.” The song is about trying to escape an abusive relationship and often doesn’t translate well to a tiki bar gig. The main difference is that on a recording, I can present a song with extra instrumentation and arrangements that flesh out the song the way I hear it in my head. But the songs usually start out being played out live before I have a chance to record them.

My favorite line is from the bridge of “Still Come Back For More” — “The messages you send are just like paper in the wind / Seemingly profound, the fury and the sound / A tempest in a teacup / The storm inside my soul / Though I lose control, still I stick around.”

I imagined this character in “Kiss Your Life Goodbye” to be the same Jesus from the second verse of Buffett’s “Havana Daydreaming.” Years have passed since he left Cuba, and his smuggling career hit a snag when the deal went horribly wrong and he had to disappear and start over. But that’s how Jesus was saved in the end.

Playing live, you mostly just go for it. In the studio, I’m a lot more careful about not making mistakes while trying to still keep the take fresh and with feeling. Sometimes, a flash of inspiration hits when recording, and those are the moments you hope for all day.

“Brown-Eyed Girl.” I despise playing that song. It’s been so overdone, it says absolutely nothing, but it remains so popular even for newer generations. That, and the drunken dude who yells, “Play some Skynyrd!”

Focus on those audience members who are paying attention and just play for them. There are always listeners around.

Most people see the humor in “My Own Damn Christmas Song.” Those who don’t and cop an attitude are thankfully rare. Although if it hadn’t been for a person like that, the song may never have been written.

Music technology has made my solo acoustic performances more fun for both me and the audience. I can create rhythms live, lay down a chord progression I can solo over, and even create some cool harmony parts. I have a very cool pedal that makes my acoustic sound like a cranked-up electric. The only things I’d want are just refinements of what I already have. And maybe sound reinforcement gear that provided concert sound and weighed just five pounds.

When a lot of the modern tech first appeared back in the early 1980s, you had to be a musician to be able to use it. People like Thomas Dolby and Eurythmics used the tech to create good music. When I first started seeing musicians with laptops with discs of pre-recorded tracks they bought as opposed to created, that’s when I went acoustic again. I’m not sure it’s a problem … but it really isn’t live music.