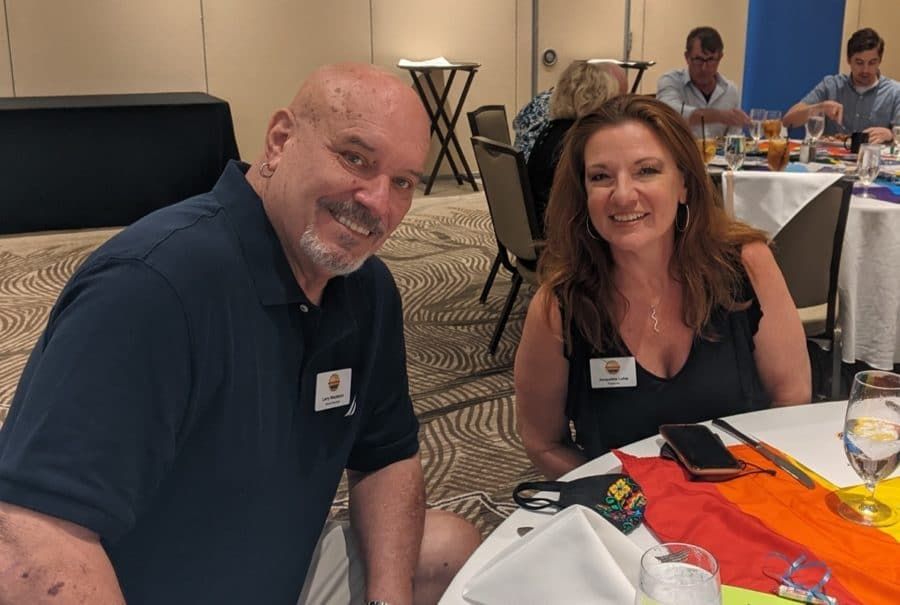 The new initiative enables high school students to attend classes in the morning and work in the afternoon.

Axford said she noticed last year that many high school students had started working part-time jobs during the pandemic, when schools were on an alternating day schedule.

“I got nervous,” Axford said. “We didn’t want them to become too incentivized by a paycheck and quit school. So we’ve designed a program that enables them to work in a potential career field while still attending school.”

More information about the program is available from Mira at moc.sloohcssyek@arim.abbis.

Also during the luncheon, George Galvan, senior general manager at the Marriott Beachside Hotel, told the audience that Alan Beaubien, the hotel’s longtime director of sales and marketing, is soon retiring.

“I’ve known Alan for 30 years and he’s been here with me at the Beachside since day 1; he’s the best there is,” Galvan said as Beaubien received a standing ovation.