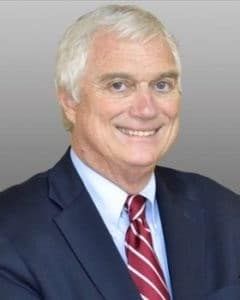 Will large-scale events in the village of Islamorada return? Council members will hear from Monroe County’s health officer regarding the ongoing coronavirus pandemic at a Thursday, April 29 meeting.

Bob Eadie, the top health official, appeared via Zoom during the council’s March 4 meeting. During his presentation, he relayed concerns with the spring break that was approaching then, and the flow of visitors it would bring to the Keys. As a result, the dais was unanimous in extending a halt on the issuance of temporary use permits for events to June 1.

Council members originally approved an event restriction to April 1 when they gathered for their first meeting together in November.

Countywide, average new cases of COVID-19 are at 10 per day. In Islamorada, a total of 241 cases have been seen since the start of the pandemic in March 2020.

Vaccine availability has also increased since March, so much that health care providers are waiting for people to come for the shot. More than 34,500 Monroe County residents received the vaccine, with just over 23,000 completing their series and 11,500 getting their first shot.

Vice Mayor Pete Bacheler said while he would like to see events return, he will defer to the health department and Eadie.

“We just don’t know yet. Now they’re talking about variants,” he said. “What I like about the Keys is we are distant and we’re off the map. In Miami, they’re walking around different issues. Down here, we’re a little more relaxed and comfortable because we don’t have an influx of potential danger like bigger cities.”

Councilman Mark Gregg said he, too, will wait to hear a recommendation from Eadie.

“If he says it’s safe, I have confidence in his opinion,” he said. “He’s conservative and well-informed. The other thing is more and more people are getting vaccinated.”

In other matters, council members will consider a resolution for work authorization between the village and CPH Inc. for improvements at Green Turtle Hammock. The first phase of work at the property, which saw demolition of a house, was completed in March 2020. The second phase of the capital project, completion of conceptual design, was finished in February 2021. Design and permitting for improvements is the next phase.

Remaining components of the project include an ADA-compliant kayak launch, improved access from the upland area to the waterfront, a waterfront pavilion/observation tower, a restroom and an improved parking area.