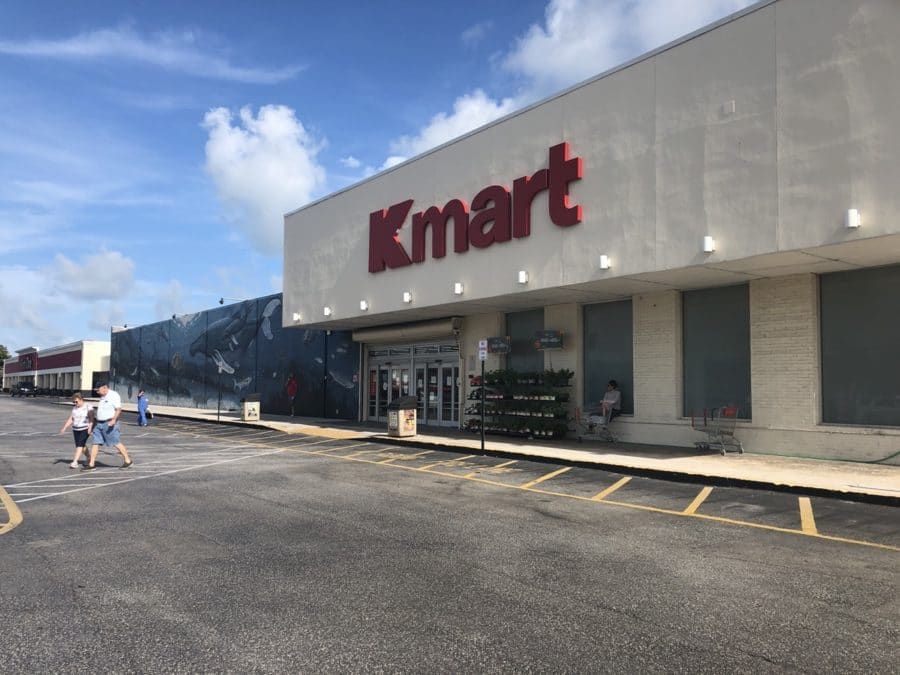 By Sara Matthis and Jim McCarthy

Kmart stores in Marathon and Key Largo is on the way toward closure with signs out by both stores of “everything on sale” and “inventory blowout.” Ads were also posted recently to Transformco, the parent company of Kmart and Sears, and  various job sites with titles like “temporary customer service, apparel — up to 40 hrs/week, store closing.” The job postings are for the Marathon and Key Largo stores, but Key West is not listed.

When the Sears store closed in Key West in the summer of 2020, the community learned of the news by similar job postings.

For months, there have been unsubstantiated rumors that the stores in the Keys were closing. According to Forbes, the two Keys locations and a Kmart store in California were all put on the chopping block quietly on a Friday evening, March 26. When the stores are fully shuttered, next month or in May, according to Forbes, there will only be 21 Kmarts and 28 Sears stores left in operation. The parent company is Transformco.

Yurani Nibir, a Kmart shopper in Marathon, said the store’s quality has been deteriorating since 2015.

“There are no towels, no shoes, no socks,” she said, “People only really come to look at the sales, which is a shame because people who live here need a Kmart.”

In recent months, parts of the Marathon store — the former toy department, for example — have been blocked off. Instead of a selection of small appliances, entire aisles are filled with the same make and model of microwaves, for example.

The same is true at the Key Largo store, where blocked-off areas have shrunk the store. While the toy and clothes departments remain, the seasonal section, electronics area and outdoors department were barricaded. Remaining supplies from those departments were placed on racks in other aisles.

The Marathon store reportedly opened in 1977 and the Key Largo store in 1987, according to Michael Lisicky, a self-described department store historian.

As news of the closings spread, locals began commenting on social media with replacement options ranging from a roller rink to Target to Walmart, although some decried the idea of another big box store. The Marathon store is approximately 56,000 square feet.

Across the country, many abandoned big-box stores have been transformed into Amazon fulfillment centers.

The Keys Weekly reached out to Transformco’s public relations director for comment. No response was received.