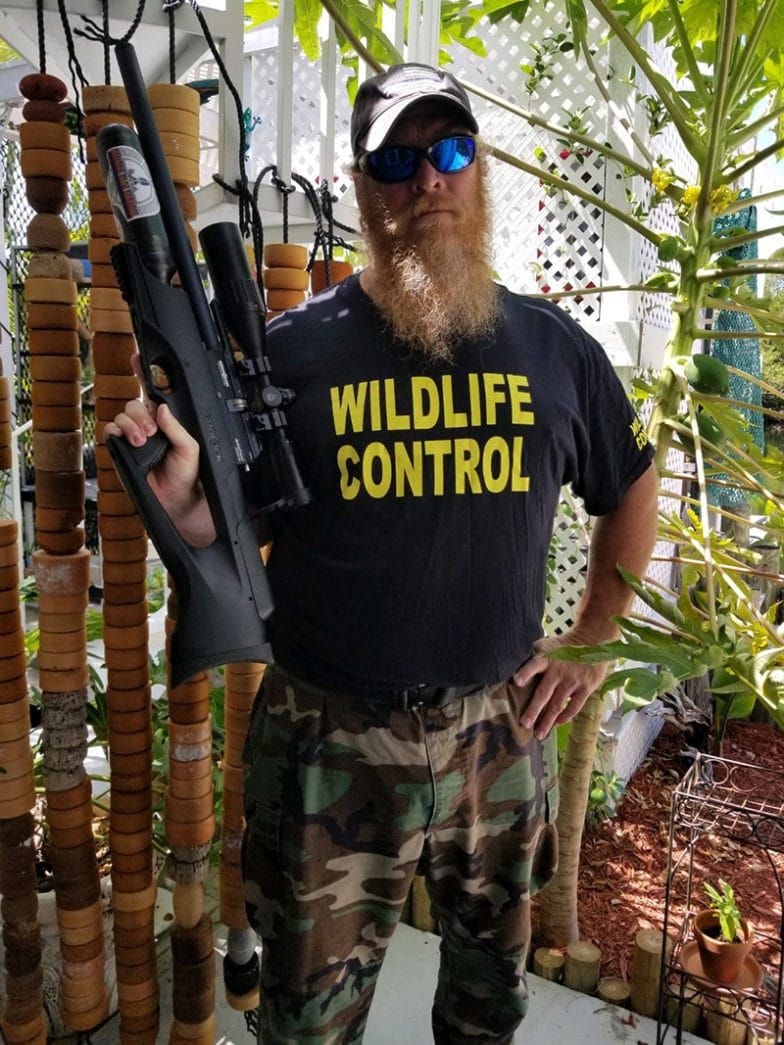 Florida wildlife officials are planning to take a bold step to control the state’s iguana population — extermination. They are also banning all pet ownership of iguanas in the future.

The Florida Fish and Wildlife Conservation Commission (FWC) announced in February that residents who currently keep iguanas as pets have to microchip the animals, apply for permits and cage them during a scheduled grace period.

As of April 29, pet owners have 90 days to apply for a no-cost permit and identify their pets with a microchip, and they must meet new outdoor caging requirements by Oct. 26, 2021. If iguanas — and other members of the FWC’s 16 high-risk invasive reptile list, such as pythons and tegus — are found chipless in the wild after Oct. 26, the circumstances are dire.

“If nonnative species such as tegus and green iguanas are found in the wild in Florida, the FWC will check them to see if they are microchipped,” said Carli Segelson, a communications rep for the FWC. “If they are not microchipped, chances are that the owner will not be found or that they are part of a wild population, and the animal will be humanely killed. Escaped or released pets that are microchipped may be returned to an owner or may have some law enforcement action, depending on the specific situation.”

Segelson also said that in the future, having these reptiles as pets will no longer be allowed in Florida.

“People can no longer obtain these animals as pets in Florida. People in possession of green iguanas or tegus as personal pets prior to April 29, 2021 may apply for a free Prohibited Species for Personal Use permit to maintain that pet for the life of the animal.”

Experts agreed at a February conference that enough data has been collected with the University of Florida to support “further analysis/study, interagency collaboration, public outreach, education and removal” of iguanas and other high-risk reptiles.

Though it may seem counterintuitive to control reptiles in the wild by chipping pets that are living on private property, Segelson said this is a necessary part of the FWC’s multi-pronged approach.

“These species pose a threat to Florida’s ecology, economy and human health and safety,” she said. “Because they are high-risk to Florida, enhanced regulations are necessary. Regulation of high-risk nonnative fish and wildlife is used in conjunction with ongoing field work and other management strategies to minimize adverse impacts of invasive species and to prevent additional introduction or spread in the wild.”

Keys Weekly spoke to one Key West iguana owner who took the news of the FWC’s new strict rules in stride. Anthony Ingram-Westover has had his iguana, Coqui, for three years and says he is a responsible pet owner who will follow the new FWC rules. “We’re tracking the rules closely. There were rumors they would ban them outright, but we’re happy there’s a relatively simple process to keep him as part of the family.”

But another Keys iguana pet owner, who asked to remain anonymous, is concerned about the rules. “The new rules are truly horrible for long-term pet owners and their iguanas. In my opinion they are designed to kill off any existing pets as quickly as possible,” she said. “You can no longer walk them on a leash or take them for car rides. Instead, they have to live locked inside a cage, because you have to split up bonded pairs or surgically alter them. And worst of all, if you want to have them outside so they can sun themselves, they have to be inside a concrete wall where they will overheat and die unless you have the money and own enough land to build them a huge enclosure.”

Though Segelson noted that the FWC doesn’t have any population numbers for iguanas in Monroe County, Lower Keys iguana exterminator Chuck Meier believes they are “exploding exponentially” in the area. Last year, he shot 600 iguanas.

But he also feels that these new FWC rules won’t control the population. Meier, who has written a book called “The Key West Iguana Killers Club Cookbook,” has a creative solution: “The next evolution is to treat it as a lionfish, like a non-GMO food source. I’ve shipped iguana to Minnesota for people to eat.”
For more information about the new FWC rules, go to MyFWC.com/ReptileRule.

The post FWC WILL EXTERMINATE IGUANAS CAUGHT IN THE WILD WITHOUT MICROCHIPS AFTER OCTOBER appeared first on Florida Keys Weekly Newspapers.