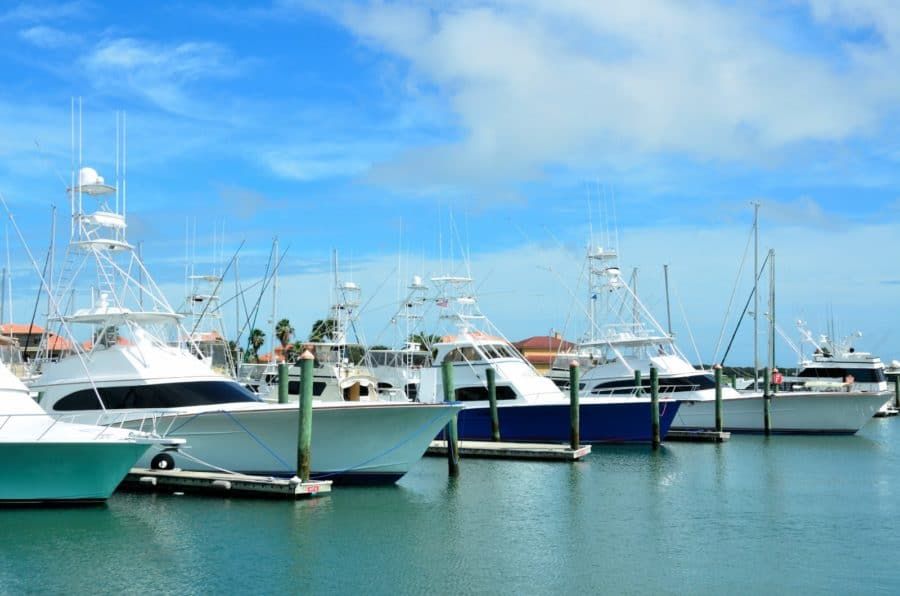 “Honey, honey, get the fenders ready. Port side, PORT, that’s LEFT, no, MY left!

Jesus, this slip’s tight. When did this wind kick up? And where did this current come from? Oh, forget it. I can’t back in with this wind. Other side, honey, OTHER SIDE. I SAID I’m not backing in. Can you not see which side we’re about to hit? I’m NOT yelling. I’m docking. And you’re not helping. As if you could do any better. Unlike your car, this boat doesn’t park itself. Let’s see YOU park something you can’t stop or steer.

Sound familiar? Of course it does. To anyone anywhere who’s ever been on a boat with an inexperienced and anxious recreational captain. We’ve all heard it. Lived it. And cringed in anticipation as it threatens to ruin an otherwise lovely day on a lake, bay or ocean.

It’s the sound of someone who owns a boat they can’t dock with any degree of skill, confidence or experience.

And if the above exchange doesn’t sound familiar, but your wife is chuckling madly and glancing sideways at you, you might want to keep reading.

And let’s not forget how these disastrous docking episodes typically end:

The “captain’s” confidence returns the instant he hops sprightly off his boat and shoves the dock hand an oversized tip, as if buying silence about his maritime shortcomings. (THIS he practices, by the way, the smooth vessel dismount. Because disembarking like a pro is crucial to the ego after a cockeyed approach, an aborted attempt, multiple fender fits, a humiliating do-over and a final bounce off a piling. But the pretty dock girl will forget all about this unhinged arrival when she sees your casual, boyish charm, your sure-footed dismount — and the two twenties in your still-clenched fist.)

The would-be mariner must then rush down the dock to catch up with his pissed-off wife, kids and/or friends who are eager to distance themselves from the captain who can’t understand why everyone’s looking at him with a mix of anger and pity.

So before any more marriages, families, friendships — and fiberglass — are damaged, let’s review some basics.

First of all, don’t worry; you’re not alone in this. I can honestly say I was in my early 20s and living in Key West before I witnessed skilled and Coast Guard-certified captains expertly dock vessels without yelling at anyone. In fact, the first time I joined my now-husband on a boating excursion, I instinctively started cringing and looking around for fenders as we approached the marina after a glorious day.

I asked, “What do you need me to do?” and was surprised by the answer he gave then and still does: “Not a thing. Just sit there and look pretty.” So I did, and still do. There was no panic, no fenders needed, no close calls and no collisions. I call it “stress-free boating with Stan,” and it’s fantastic. Of course, the same skilled docking occurs daily aboard every giant catamaran, schooner, sportfishing boat and other vessel captained by a professional, or at least an experienced boater.

But in our household, there just aren’t enough o’s in the word smooth to describe my husband’s boat-handling skills. But then, like so many pros in the Florida Keys, he did go to captain’s school and has been doing it for more than 35 years, whether aboard 27-foot center console or a 70-foot yacht.

So maybe this will help:

Do yourself a favor. Practice.  Do it by yourself, when no one’s watching or judging, but learn to handle your boat. Play around with the steering, but mostly throttle. Yes, yes, we understand, there are no brakes. And you can’t turn sharply. Or can you?

While practicing (far from anything solid), put the boat in neutral, then turn the wheel hard to starboard or hard to port. Then give it some juice. Real juice. More than you’ve ever considered using while approaching a crowded marina. But try it on your own. You’ll see. The boat pivots sharply when you give it gas with the wheel already turned. Guess what? The same thing happens in reverse.

Always turn the wheel first, then give it gas. But do it decisively; don’t dawdle, lest the wind or current get bossy.

Note the wind and current direction. They’re gonna push you.

Dock hands are your friends. Toss them a line as soon as you’re close enough (one that’s actually ATTACHED to your boat.)

And if you’re still unsure about things, check out Lenny Rudow’s docking tips from boats.com:

And for God’s sake, stop yelling.