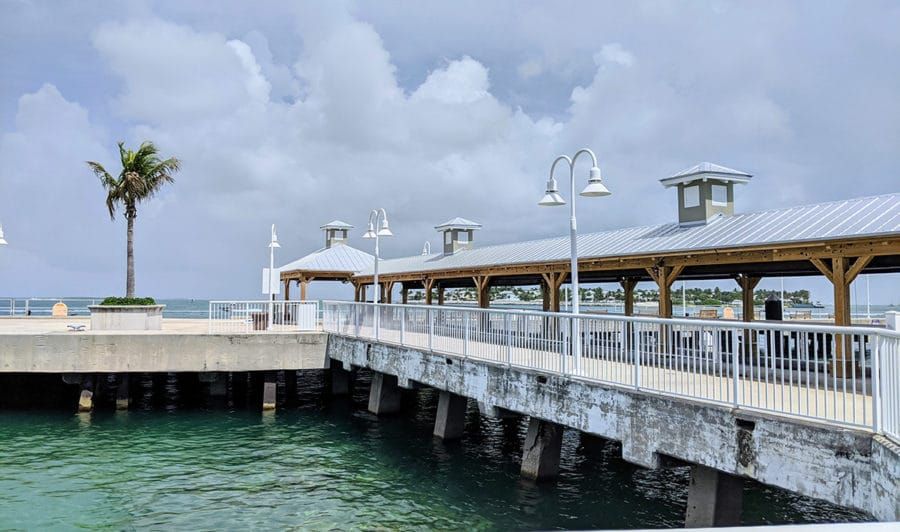 CRUISE SHIPS: IS KEY WEST CRUISIN’ TO A LAWSUIT?

Key West officials on July 12 echoed the desire of the Committee for Safer Cleaner Ships to apply the voter-approved cruise ship reductions at all three cruise ship piers — Mallory Pier, Outer Mole and the privately owned Pier B.

“There should be no special carve-outs or exemptions,” Arlo Haskell, treasurer of Safer Cleaner Ships, said at the July 12 workshop. “Allowing a single pier to operate without limits would allow 365 large ships a year — one each day. This would barely be an improvement from the status quo.”

But requiring a private business — Pier B — to turn away the majority of its customers — cruise ships — presents a problem that will cost the city dearly, city attorney Shawn Smith repeatedly warned the elected lawmakers.

“I think Pier B sues us. I don’t think it’s a threat. I think it’s legitimate. And I think it’ll be for breach of contract and an interstate commerce claim. This will be Duck Tours on steroids,” Smith said. (The city had to pay $8 million in the early 2000s after the courts ruled that the city’s actions had put a private tour company out of business.)

In addition, Smith reminded the commission, the city has a contract with Pier B that for nearly 30 years has given 25% of Pier B’s cruise ship revenues to the city. That contract renews every 10 years unless both parties agree to end it. When Mayor Teri Johnston asked Smith how the city can get out of that contract, Smith replied, “We pay.”

Despite support for the voters and Safer Cleaner Ships. Commissioner Sam Kaufman also acknowledged that a costly lawsuit from Pier B could bankrupt the city.

In order to forecast various scenarios, Keys Weekly analyzed the past five years of cruise ship data, provided by Caribe Nautical, the local ship’s agent that coordinates schedules with the city of Key West and Pier B for each of the three piers.

“Yes, the contract with Pier B allows them to have seven ships a week, or one per day, but that never happens due to the scheduling of cruise itineraries, which begin on a weekend,” said John Wells, the retired founder of Caribe Nautical and an outspoken opponent of Safer Cleaner Ships and drastic cruise ship reductions.

“If the city allows Pier B to continue to operate as usual while issues are negotiated, I’d estimate that Pier B could accommodate 225 to 250 ships a year,” Wells said. “If Pier B becomes the only cruise dock in town, we’d see a 40 to 45% reduction in cruise ships. Pier B cannot absorb all the ships from Mallory and the Mole. There won’t be 365 ships a year.”

Wells said he’d like to see a citizens working group created to discuss and resolve cruise ship issues, “much like Mayor Richard Heyman did in the 1980s to reach a compromise between cruise ships at Mallory Pier and the sunset celebration performers. Heyman worked out an agreement in which ships must depart 45 minutes before sunset, with 12 special exceptions allowed each year. That was an exercise in leadership by a mayor.”