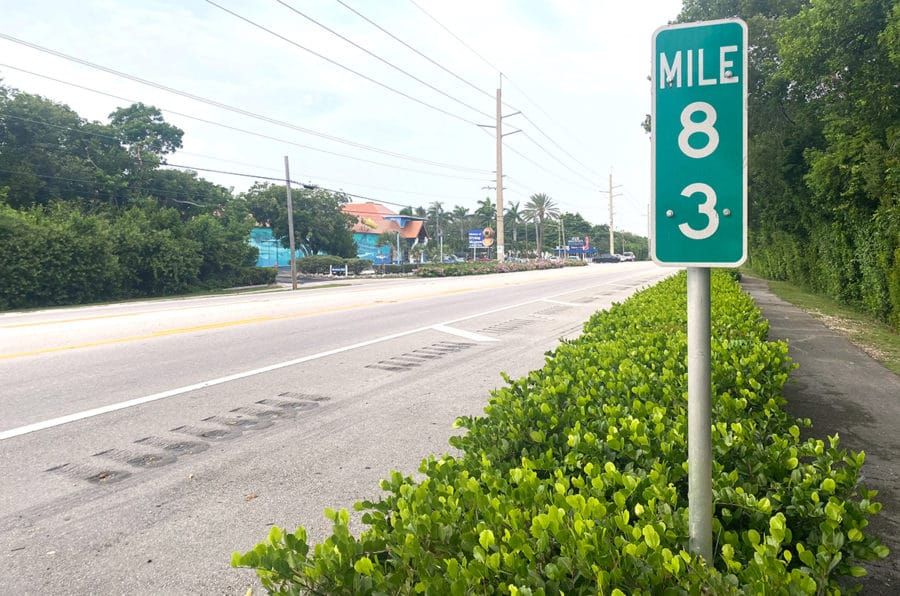 At the Aug. 18 meeting of the Monroe County Board of Commissioners, the four board members present unanimously resolved to ask Florida’s Department of Transportation to step in and help the county with solutions for the hot mess that is the traffic situation on U.S. 1. The resolution was taken after reviewing a traffic study that was conducted in March by consulting firm AECOM.

“??This is what it is, and it’s still awfully bad,” said Commissioner Craig Cates after listening to AECOM’s presentation. “Could someone explain this to me? Islamorada seems to be where a lot of problems are.”

“Recently, I’ve heard from the Upper Keys that some of our mile marker signs have disappeared,” said Commissioner David Rice. “And frankly it’s an odd thing … and as a result, people who are looking for an address, who I guess don’t have GPS, are slowing down, impeding traffic while they’re looking visually for a number on a building.Their recommendation was to replace mile marker signs and even replace them at the half mile to avoid slowing down traffic.”

“Half mile markers? That’s a fantastic idea,” responded Commissioner Eddie Martinez, who pointed out that the zero mile marker sign in Key West disappears at least once a month.

“That’s because there are a lot of college dorm rooms decorated with mile marker signs,” joked Mayor Michelle Coldiron.

AECOM conducted the traffic study for two weeks in March 2021 by placing control stations to measure speed at 24 points along U.S. 1, from Key Largo to Key West. This study is conducted every two years. The firm discovered that the overall speed on U.S. 1 was 45.5 mph, a drop from 46 mph in 2017.

But County Administrator Roman Gastesi pointed out that FDOT is just waiting to be asked officially to step in and help with projects to help with congestion.

“??The resolution would go a long way toward what we need,” he said, explaining that the official assigned to Monroe County is Stacy L. Miller, who is serving as FDOT District Six Secretary.

“Very good,” Rice said. “I’d love to see her in person, but she may want to avoid the traffic.”

“We have high hopes for Stacy,” said Coldiron.
With that, the commissioners unanimously voted for a Resolution of Support to FDOT to institute traffic flow improvement projects at congestion areas identified by the traffic study.