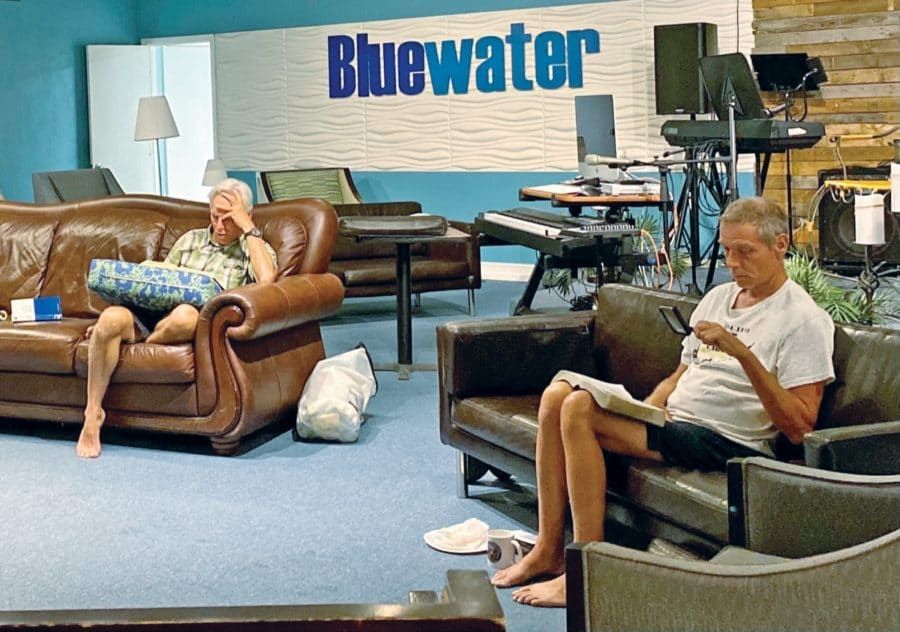 Beginning on the morning of March 22, more than 20 individuals stopped by Bluewater in the Keys in Islamorada to participate. By March 25, the reading was complete.

Erin Shattuck, a young leader within the church community, initiated the idea in the Keys, having recently read “Letters to the Church” by Frances Chan. One specific paragraph went into brief detail on the Bible-reading event.

“All I knew was that he got together with about five people and they started at Genesis 1 and didn’t stop until Revelation 22,” Shattuck told the Weekly. “I remember thinking to myself, ‘that’d be awesome to do some time in like 20 years.’”

She came around to the idea sooner and called Christie Dupre, who runs the House of Prayer out of Bluewater. After a few weeks of prayer and planning, the event was on.

“She just came to us and said, ‘what’s the possibility?’ I said I didn’t know how it’d work,” Bluewater Pastor Phil Underwood said. “I didn’t know if it had to be certain hours a day. I just said ‘You guys want to do something like this, let’s do it.’”

Between two and three dozen people came in to read different portions. It went 24/7 from March 22 to March 25. Supporting the reading marathon was the Florida Keys House of Prayer, a cross section of believers from different churches in the Keys.

“I don’t know if that’s ever been done in the Keys. I never even heard about this happening at all,” Underwood said.

Underwood said it’s not the act itself that changes the community or causes anything. But it brought people from various congregations, five in all, to Bluewater.

“People came day and night,” he said. “There were some people who got off work from Hawk’s Cay at 11 p.m. and came straight and stayed through until morning. They then went home and went  to bed and slept and got back to work. Other people just did shifts and they read round-robin style without stopping.”

“By the last day I was in complete and total dependence for him to sustain me. And of course, he did. It was pretty remarkable,” she said.

The youngest reader was around 6 years old, with the oldest being in their 60s. Readings took place inside and outside at Bluewater.

“We were privileged enough to host it,” Underwood said. “It was pretty cool.”

Shattuck said she’s looking to coordinate more overnight events in the future, like a worship night and sharing testimonies. Anyone in the community who would be interested in that may contact moc.liamg@seracretaweulb.