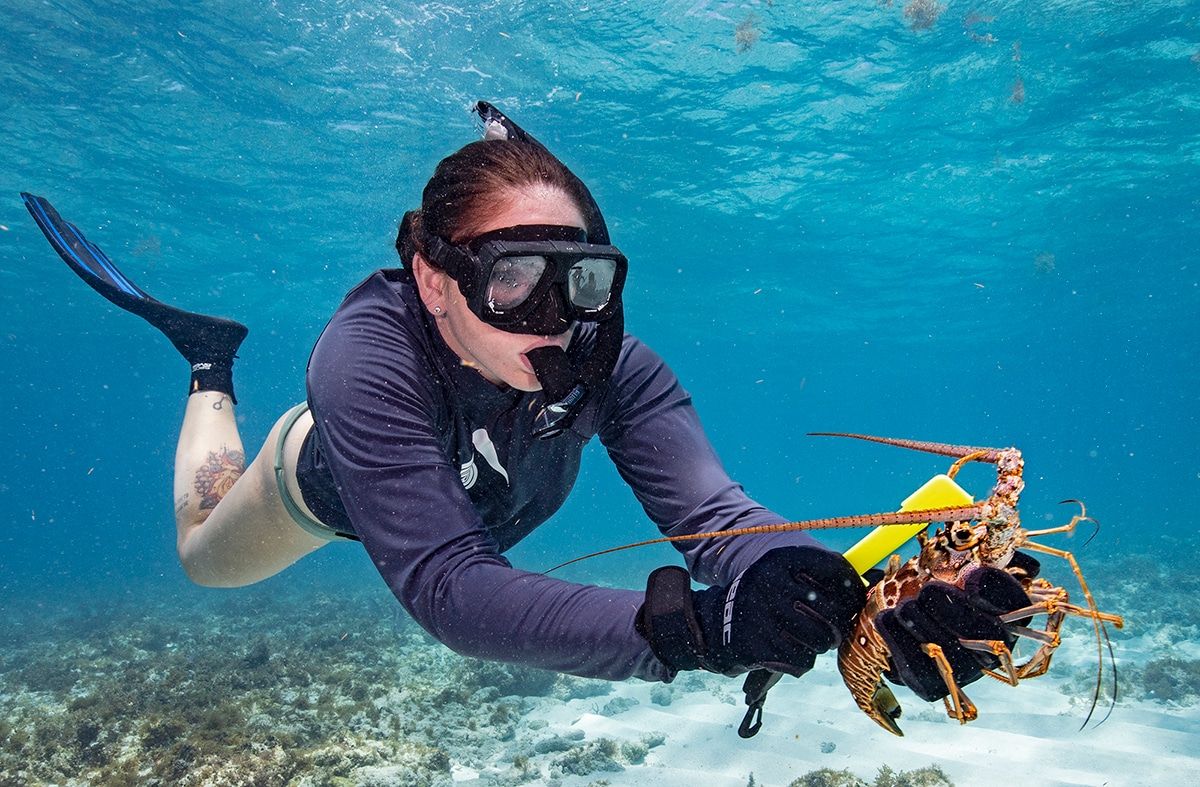 Plenty of recreational lobster-hunters limited out both days of the recent mini-season, which takes place the last consecutive Wednesday and Thursday in July. The two-day event gives recreational harvesters a chance to get six lobsters per person per day before the commercial fishermen set their traps and begin hauling in one of the Keys’ biggest cash crops.

Commercial fishermen are allowed to begin placing their lobster traps in the water the Saturday after mini-season, which this year fell on July 31. They can’t pull the traps until the season officially opens for both commercial and recreational harvesting on Friday, Aug. 6.

But like all things since 2020, the outlook for the lobster season is a bit unclear.

Lee Starling, who’s known as “Lobster Lee” in Key West, has been diving for spiny lobster and other fish for more than 25 years. While scouting his various spots before opening day, Starling said he thinks the lobsters may have checked in early to the Keys.

“I believe they crawled and arrived early; I’m seeing more of a September pattern right now,” Starling said. He was referring to the usual migration practices of spiny lobster, which typically move at night from their protected shelters to open areas that allow them to forage for food.

“Acoustic tagging results show that both male and female lobsters travel back and forth from their shelters to foraging grounds on a daily basis and change shelters regularly. During the reproductive/spawning season, female lobsters migrate to deeper waters to release eggs and often visit the outlier reef south of the Western Sambos Ecological Reserve inside the Florida Keys National Marine Sanctuary,” according to a NOAA report. “These reproductive migrations typically last from five to seven days, and a single female can make up to three reproductive trips during the season. The precise locations of spawning areas are not known, but likely include the base of the fore reef and offshore outlier reef. Both male and females periodically undergo long nomadic migrations that move them many miles into new habitats.

Lobsters routinely cross the boundary of the ecological reserve, both in a random fashion when migrating nomadically and deliberately to release fertilized eggs.”

For recreational lobster hunters, the same rules as mini-season apply to the regular lobster season: