A TIMELINE: HOSPITAL AT COMMUNITY’S CENTER SINCE ‘60S

2021 : The grand opening of Fishermen’s Community Hospital is set for June 7. 2020 : In June, the last beam is lifted into place and major construction is complete. 2019 : In August, Baptist Health puts out a call for information about the huge, decorative anchor located at the entrance to the former facility and restoration begins. 2019 : By March, the old hospital was completely demolished. 2018 : On July 19, Monroe County and the City of Marathon create a special hospital taxing district that is renewed annually with the intention of raising $15 million over 10 years. A separate philanthropic...

Sept. 1, 1854, was a Friday. It was also the day George Whiting Allen was born. The Allen family would move from Jacksonville, Florida, where George was born, to Key West. George was sent to the family’s Ithaca, New York, home to attend school. A young man of 14, he returned to Key West in 1868, where he would grow up to leave a substantial footprint on the historical record. Among his accomplishments, Allen served as a Florida state senator from 1878-1884. Leaving politics, he turned to banking and, in 1891, organized and became the first president of the First National Bank of Key West. William...

WHO NAMED THE KEYS? ORIGINS AS QUIRKY AS THE INHABITANTS

There are 1,000 origin stories behind the names given to the Florida keys, and countless people have contributed to them. One of those was Charles Brookfield. He was born in 1903 in Philadelphia. At 21, he ventured to Miami and immersed himself in the history of South Florida and the Keys. In 1926, Brookfield built a boat designed to navigate the local reefs, shoals and seagrass shallows. He named the 26-foot vessel with a draw of 26 inches Manatee. The following year, in 1927, the U.S. Coast and Geodetic Survey hired Brookfield (and his boat) to assist on a survey that would update the government’s...

NAME GAME: HOW DID THESE ISLANDS GET THEIR NAMES?

Missouri and Ohio keys are situated in the Lower Keys and, at least in terms of the Overseas Highway, are linked one after the other. Missouri Key is in the area of MM 39 and sandwiched between Ohio Key and Little Duck Key. Railroad workers reportedly named both during the construction of the first conduit to connect Key West to the Florida mainland, Henry Flagler’s Over-Sea Railroad. Workers hailing from those particular states likely chose the names.  The islands have known other names. Missouri Key has been called Little Grassy Key and Grassy Island. Ohio Key is sometimes called Sunshine... 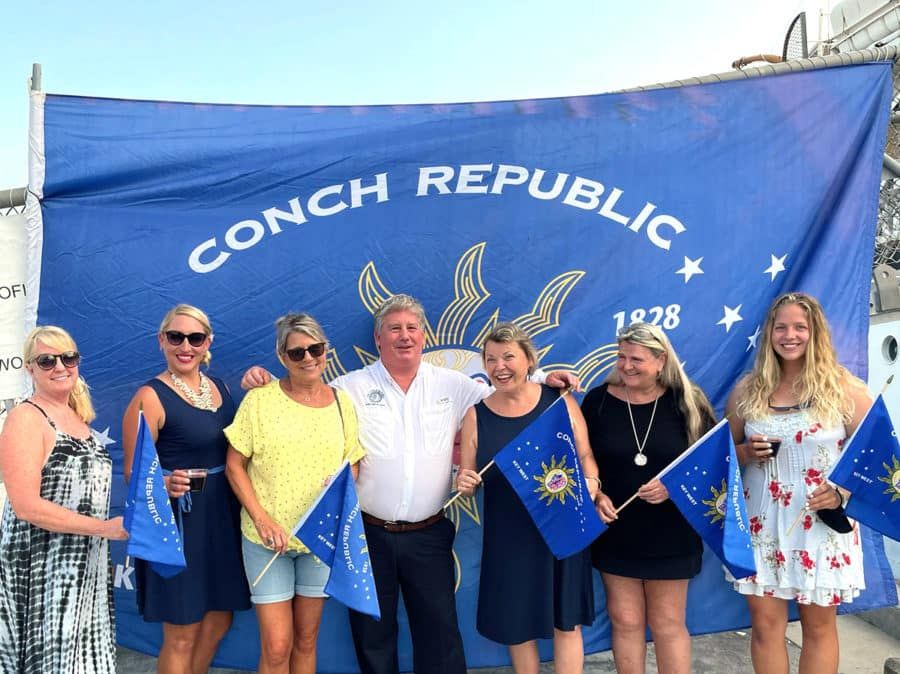 The board of the Key West Housing Authority on April 19 voted unanimously to change the name of JY Porter Place public housing apartments in light of concerns about Porter’s connections to the Ku Klux Klan. The same board is also committed to making its meetings more accessible to the public and to creating a resident advisory board to give residents of public housing a voice. The JY Porter Place housing complex at the end of White Street will be renamed, as proposed by City Commissioner Clayton Lopez, for Lang B. Milian, the second black man ever elected to the Key West city commission...

WHAT ARE THE ‘D’ NAMES IN THE FLORIDA KEYS?

For those who have spent time driving up and down the Keys, they have seen the green and white road signs announcing the names of the scores of islands stitched together by the asphalt and bridges used to build the Overseas Highway. Some of the islands are better known than others. Anyone with even a whiff of familiarity with the Keys recognizes names like Key West and Key Largo. Islands connected by the highway like Knights Key, Big Pine, Bahia Honda, maybe even Ramrod Key, have less familiar names. That last one, Ramrod Key, found in the area of MM 26, was named after the ship Ramrod that...

A permanent exhibit featuring the tombstone of the early-19th-century wrecker John Jacob Housman, whose remains are thought to be buried on Indian Key, will be added to the collection of exhibits at Keys History & Discovery Center.  A capital campaign is being launched to raise funds for this $75,000 project. The new permanent exhibit will be on the second floor of the museum and will feature a series of free-standing interpretive panels and additional historical stories about Indian, Lignumvitae, Windley and Tea Table Keys. The existing Indian Key model 1840 will move to the second floor... 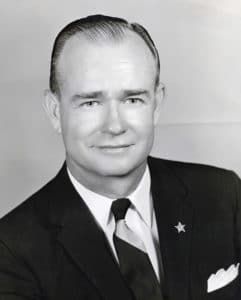 Spottswood.  The surname as synonymous with Key West as Hemingway represents a legacy of leadership, innovation and community dedication, and those who capably carry the name today continue the tradition.  Today’s elder Spottswood leaders — Jack, Robert, Bill and their sister Fawnie — grew up on Caroline Street with a father who thought fervently of the future while working also to protect Key West’s people and preserve the island’s valuable past. John M. Spottswood, who fathered and raised Jack, Robert, Bill and Fawnie, with their mother, Mary, is often remembered for his eight years in the...

In the summer of 1977, documents indicating the presence of a large, hairy, bipedal creature with a strong odor in the Florida Keys were discovered in the attic of a Key West home. The documents reported events dating back to the 16th century. The Southernmost Skunk Ape Society was established to investigate these found documents and augment them with additional research and analysis where possible. The short-lived society ceased following the unexplained disappearance of its co-founder on October 18, 1977.  Among the items discovered were notes about Sugarloaf Key’s Bat Tower. For decades it...

*Assumes 2.799% APR, 20% down payment, and conforming 30-year fixed rate first mortgage on a single family, primary residence. The monthly payment you enter includes only principal and interest. Additional required amounts such as taxes, insurance, home owner association dues, assessments, mortgage insurance premiums, flood insurance or other such required payments should also be considered. Not all individuals will qualify for a mortgage loan based on the payment entered. Rates cited are for instructional purposes only; current rates are subject to change at any time without notice.  **Posted APR is based on Mortgage Assumptions.
Copyright © 2021 Fidelity Home Group supports Equal Housing Opportunity | All Right Reserved  | NMLS Identifier 1834853. Fidelity Home Group is not affiliated with the Department of Housing and Urban Development (HUD) or the Federal Housing Administration (FHA). Not intended for legal or financial advice, consult your own professionals if such advice is sought. Accessibility Statement  | Consent to Receive Electronic Loan Documents  |  Cookies Policy   |  Disclosures  | Email and Mobile Policy |  Fair Lending Policy  |  Mortgage Assumptions  |  NMLS Consumer Access  |  Privacy Policy  |  Terms of Use
Contact Us
(786) 755-7400
moc.puorgemohytiledif@olleh
Send a Message
Schedule a Call
Schedule an Appointment