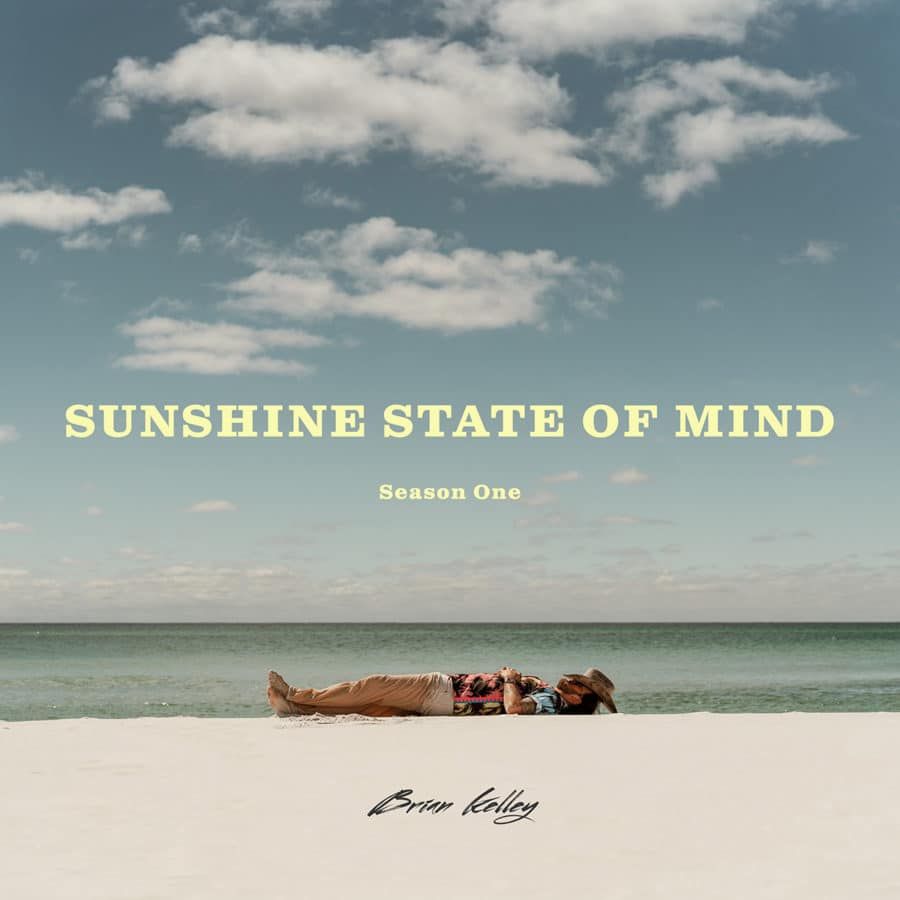 A half became whole this summer.

Country music superstar Brian “BK” Kelley, “the Florida half” of top-selling country duo Florida Georgia Line, released his first solo album, “Sunshine State of Mind,” in which he vows to be a “Florida boy forever.”

Three or four of the songs were recorded in Key West at Jimmy Buffett’s Shrimp Boat Sound studio along Key West Harbor.

Kelley and friends had a big time while “working” in Key West: fishing, writing songs, drinking, recording songs, fishing, drinking. And there are plenty of recognizable Keys references in the songs, including Hemingway, Key lime pie and a shout-out to Shrimp Boat Sound.

“I’ve always loved the Keys since my first visit with my family and friends when I was a kid,” he said. “We first stayed in Marathon, which was amazing. And I’ve been to Key West a bunch of times, for Songwriters Festival, to play around and most recently to record three or four songs for this album. We played for two weeks at Smokin’ Tuna before we ever had a record deal, running around Key West like we owned the place. The artistic influence down there is unreal, with writers, painters, everything. You’re in this creative hub. It’s like that now, present day, but then learning the history of the place, and how it’s always been that way is pretty special. We love it down there.”

Kelley named his new sportfishing boat for his wife, Brittney Marie, who recently surprised him with a stay in Islamorada. “That was gorgeous,” he said. “So laid back except for the fishing. That’s next level down in the Keys.”

But about the new solo album: Kelley co-wrote some of the songs and co-produced it with his friend Corey Crowder.

“Corey was amazing, and all the musicians who play on the album absolutely rocked it. It had always been a dream of mine to do some solo stuff,” Kelley said. “Tyler and I had just finished recording our fifth album in May 2020, and while everything was shut down for COVID, I really circled back to my love for music and writing. I had a creative rebirth and I loved it.”

Kelley sat down Tuesday with the Keys Weekly to talk about the new album, which we decided to classify as “beach country.”

The 17 songs are destined to become treasured summertime anthems, filled with beaches, boats, sunburn and summer love that, in the case of Kelley and wife Brittney, ends up lasting forever.

One can almost smell the sunscreen and taste the saltwater when listening to “Sunburnt, Barefoot and In Love,” and to “Fish All Day,” which is Kelley’s current favorite song to play.

“I have guitars all over the house, and for some reason, I keep picking them up and playing ‘Fish All Day,’” he said, laughing. “It’s only four chords, but I’m loving it.”

Wearing a cowboy hat, a faded Hawaiian shirt and super-friendly smile throughout the interview, Kelley perfectly fits his own description of himself as a “beach cowboy.”

But something was missing: Ego. Kelley has none of it.

He’s a huge deal: Florida Georgia Line has the best-selling digital country single of all time with “Cruise.” They’ve had 18 No. 1 singles, sold more than 40 million tracks and 4.8 million albums and played for more than 4 million fans in stadiums and arenas. But he didn’t mention any of that.

The superstar was most concerned about sounding authentic on the album and in all his dealings.

“I want to really let people get to know me, and that’s what I tried to do with all the songs on this album,” he said. “This pile of songs were me — they were mine. And as I wrote them, I was feeling constant confirmation that I was doing exactly what I was supposed to be doing.”

Kelley, a native of Ormond Beach, Florida, will reunite with “the Georgia half,” Tyler Hubbard for a 29-stop tour this fall.

“We’re about to start rehearsing. We can’t wait to get back on the road and back on stage. COVID canceled last year’s tour with Kenny Chesney, along with everything else. It sucks when doing what you love gets taken away from you,” he said.

“And the energy we get from the road is so different from the studio,” he said. “We always end up writing some of our best songs while on tour. You never know what’s going to happen. Someone will say something offhand that becomes a lyric or an idea. It’s amazing how much writing we do on tour. Of course, we also have a heck of a lot of fun. I think this one’s gonna be next-level. After so long without being on stage, Tyler and I are so jacked up to get out there again.”

“Sunshine State of Mind” is available everywhere music is sold.