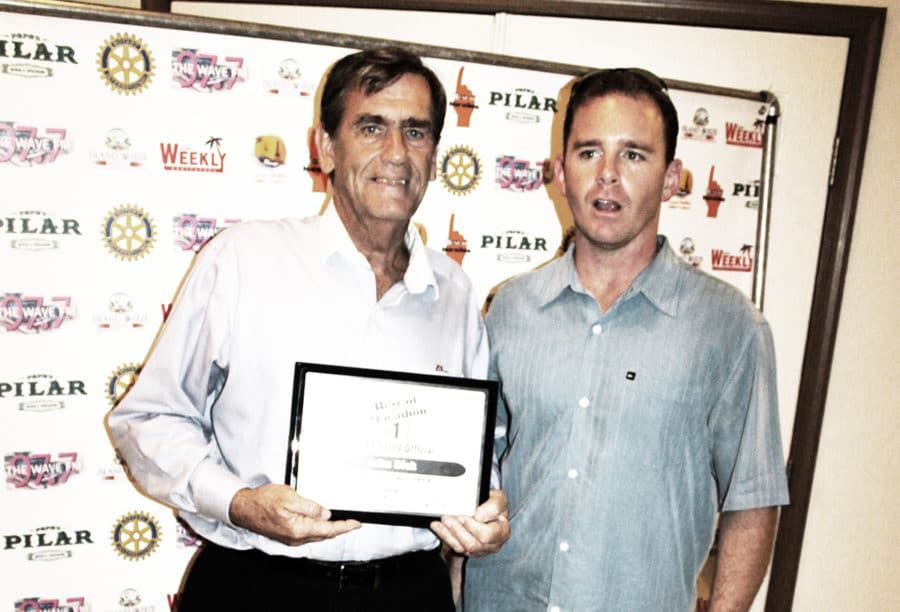 Since its inception by the Marathon Jaycees back in 2008, the event has grown up and is now one of the most anticipated events of the year where business leaders, elected officials and other supposed big shots gather to celebrate the Marathon community and have some fun while raising funds for the Marathon Rotary Club.

This year’s incarnation takes on a special twist as the Florida Keys makes its way out of the global pandemic.

“We are going al fresco,” declared Marathon Rotary Club president Duane Webster. “In light of recent surges in COVID cases we feel the best course of action is to host the event at an outdoor venue where everyone can be a little safer and more spread out. So we are going to do this in front of the amphitheater at the Marathon Community Park.”

Since the event’s inception, the Best of Marathon has missed out on two years – in 2020 due to the pandemic and in 2012 when the Marathon Jaycees went inactive.

“There are a few of the old gang still around today including Ashley and John Keeney, Britt Myers, myself and the one and only Mac Childress,” said Weekly publisher Jason Koler. “Childress was one of the first Marathon Jaycees to renew the charter back in 2006 and today its only fitting that he is up for both Best Educator and Best Sports Coach.”

Koler added he is grateful to bring the event back and said he has a few surprises up his sleeve.

“I have absolutely no idea what we are going to do,” he admitted. “But that’s the way it always is three weeks out. Next week we will start writing the jokes and then the program will take shape. Its just fun to get everyone together and have a good time at Sam William’s expense.”

The event is co-produced by the Marathon Rotary Club and the Keys Weekly Newspapers. Sponsors include the Florida Keys Electric Co-op, Centennial Bank, Promotions Guy and Fishermen’s Community Hospital.

Marathon politics is fun! 2014 saw two city councilmen, Mark Senmartin and Chris Bull face off against Monroe County School Board member John Dick. When the last chad was punched, fewer than 3 points separated the policy makers with Dick capturing 35 percent of the vote. Pictured with realtor Sam Williams who won best realtor consecutively in 2017 and 2018. He is up again this year with Ally Kelley and Terri Hiller – last year’s winner.

This year Monroe County Sheriff Rick Ramsay is a finalist along with Mark Senmartin and John Bartus. Ramsay last won in 2013; Bartus prevailed three years in a row (2016-2018) while Senmartin won in 2015 and 2019.

As of noon on Wednesday, 45,933 votes have been cast by 2,208 people. 50 percent of the ballots are from the Marathon zip code, but there are votes coming in from as far away as Finland, Saudi Arabia and Alaska. Voting ends at 5 pm on Friday, September 17.