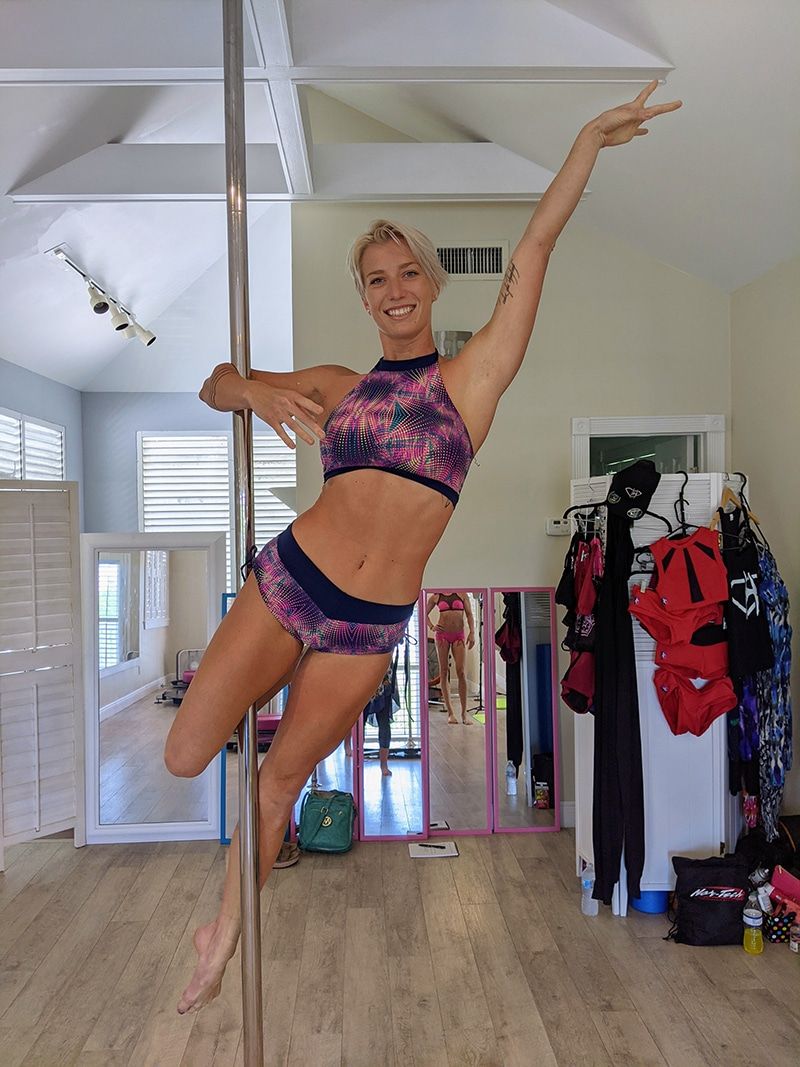 First of all, it’s not what you expect when you think of pole dancing.

This is pole fitness, and it’s an intense workout. Imagine placing both hands on a stationary pole and extending your body, arms and legs out straight — all while smiling.

Goss and Tarn are taking seven of their athletes to the Pole Fitness National Championships Saturday and Sunday, Aug. 14-15 in Orlando.

“There are different age divisions and levels, so people are only competing against others at the same levels and abilities,” Goss said. “For instance, at level one, you’re not allowed to go upside-down. Other levels have different requirements and limitations.

“Participants all choose their own music, routine and costume,” she said. “We started out with 11 of us going, but then COVID came back and some other things happened, so we’re down to seven.

“This is the eighth team I’ve taken to Nationals, and actually, in 2019 I won the women’s championship division,” Goss said, while preparing to launch herself outward from the pole sideways. “And when Taylor came to Key West, she’s a professional aerial hoop instructor, so we started training each other and it’s worked out great.”

Taylor Tarn (blond) and Kelly Goss (brunette), along with five other Key West pole fitness athletes will compete in the national pole fitness championships in Orlando Aug. 14 and 15. Goss won the women’s championship division in 2019. The 2020 competition was canceled due to COVID. MANDY MILES/Keys Weekly

Goss is adamant that pole fitness and aerial arts have changed her life. Her goal is for all of her students to learn to love working out using the safe methods she has developed over her years of experience traveling, teaching and learning.

Goss is also a licensed deep-tissue massage therapist with a keen interest in and knowledge of the human body and its muscle groups.

Pole fitness devotees and aerial athletes are trained to make their moves look easy, but these workouts are anything but. Athletes endure “pole burn” from friction and bruising, especially as beginners, but they wear their bruises as badges of honor.

The studio is located at 4 Go Lane in Key West. Interested athletes of all shapes, sizes and skill levels are welcome to drop in to watch or participate in a class.