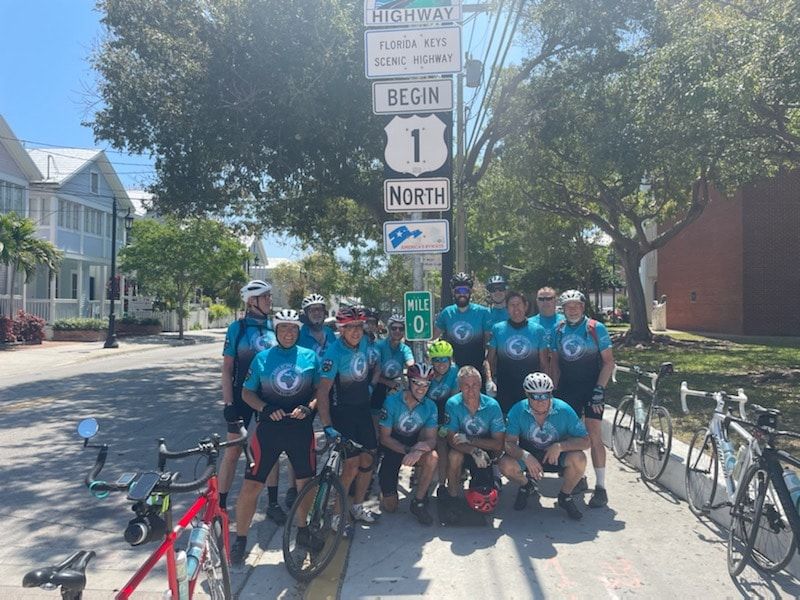 Sixty-seven bicyclists pedaled and persevered for 500 miles on a five-day mission to raise money and awareness for global youth issues.

The cyclists, each part of the nonprofit Ends of the Earth mission organization, left Fort Myers on March 20 and arrived in Key West March 24. The group spent the nights in host churches along the way.

This year’s Key West Bike Ride raised money and support to help combat the trafficking of children in Romania.

Although the Romanian Revolution occurred in December 1989, the effects of Communism are still evident today in the rural areas of Romania. Given the crippling socio-economic conditions, Romania ranks second among the top countries-of-origin (the country where a trafficked person came from before being trafficked) for victims of human trafficking in the European Union.

Those who live in rural or marginalized areas and those with little-to-no education are the most susceptible to fall into the hands of traffickers. Ends of the Earth’s Children-At-Risk programs currently provide material and spiritual support for more than 750 at-risk kids.