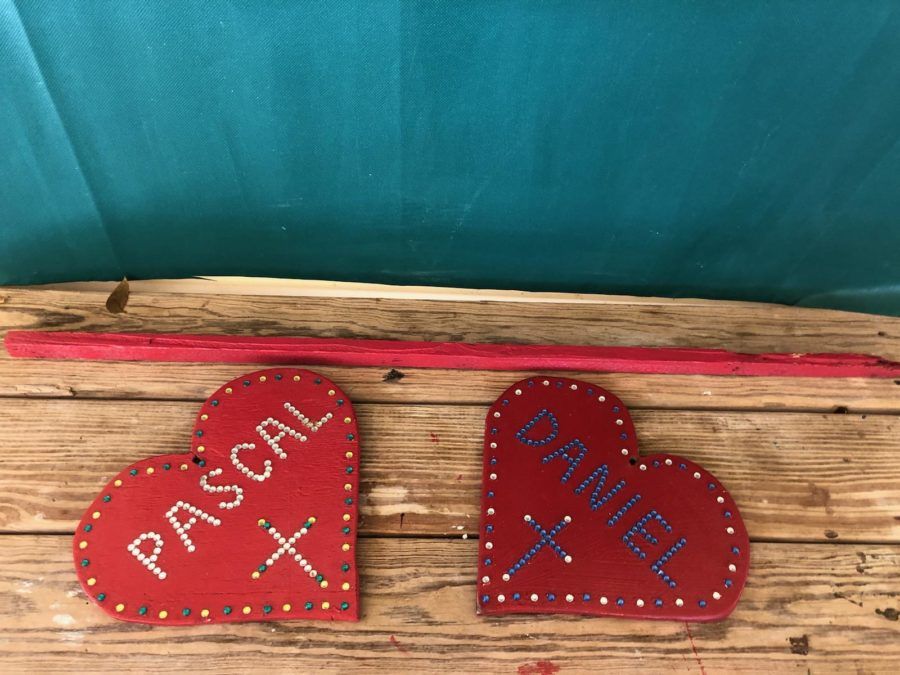 1 YEAR LATER: CELEBRATING THE LIFE AND LEGACY OF PASCAL WEISBERGER

On May 7, 2020, the Upper Keys community was rocked by the tragic death of Pascal Weisberger, a 14-year-old student, scout and all-around “good human.” Weisberger grew up in the Keys and was beloved by all who knew him. One year later, the pain of his loss remains, but those closest to him continue to cope and to honor his legacy.

“Every day is a new challenge and really hard,” said Weisberger’s father, Ari Poholek. “I’m doing the best I can, but a lot of the time I feel like I’m dying inside.”

Poholek was injured in the same event that led to Weisberger’s death. Since that day, the former has worked to find purpose and hope in his family’s new reality, and to help Weisberger’s older brother, Daniel, do the same.

“When Daniel feels despondent and full of grief, I counteract that for him, and he does the same for me,” Poholek said. “We tell each other that Pascal’s life is over, and he doesn’t get a chance to live it. But we do ? and we have to use our opportunity to live and do good things for him and for ourselves. It’s what Pascal would want.”

To that end, Poholek ? and many others who were touched by his son’s life and death ? have tried to “do right” by Weisberger. The teenager was best-known for his love of the environment, animals and people, and, in the last year, there have been hundreds of tributes to him to continue that legacy. Here are a few:

“People have done a lot of things to remember Pascal and to honor him,” Poholek said. “The loss is beyond words, but the inspiration is still there. He still inspires me and a lot of other people.”

For Poholek, one of the most memorable gestures is a new bench at Founders Park dog park in Islamorada memorializing his son, the animal lover.

“Pascal would sit and watch the dogs, then pet them, learn their names, and talk with their owners,” Poholek said. “He’d do the ‘Pascal’ things that he did ? endear himself to people. He left such an impression on this group of strangers that they dedicated this bench to him in his honor. That’s one of the better examples of how Pascal positively affected people.”

Aside from relatives, Weisberger’s scout family has also grappled heavily with how to remember and honor him while missing him. Aidan Austin, 15, one of Weisberger’s best friends, told the Weekly, “It was my greatest honor to carry Pascal’s casket. We all threw our (scout) kerchiefs into the grave when he was buried. I haven’t had a neckerchief since, but I don’t care. I gave him a piece of me to remember me by. I’ve never been a firm believer in religion, but if there is a heaven, that’s just in case.”

Austin and other Troop 912 scouts and parents took up Weisberger’s STEM fair project documenting the change in marine pollution levels that the pandemic caused. Always giving his friend credit for the idea, Austin said, “I/we placed 1st for both my school and the Florida Keys as a whole, for my division, grade level and category. It felt great. I think he’d be proud.”

Above all, Austin misses talking to his friend about upcoming movies and being kids together. He and the other scouts have Nerf gun fights when they gather to remember Weisberger because it was one of their favorite shared activities. When they pick up marine debris, they think about their friend and know he’d be happy that they joke and mess around while doing good, like they always used to.

“The hardest part is that he isn’t here, not just because he can’t be here for us but the fact that he can’t experience the world in his own way with us,” Austin said. “If I could tell him one thing, it’d be that we love him.”

Poholek concluded, “For me, his legacy will always be love, kindness and empathy. Everything that mattered to him boils down to that, and I want to be more like him in every way possible.”

On Friday, May 7 at 5:30 p.m., a celebration of Weisberger’s life will take place at Burton Memorial. Anyone interested in attending can contact Ari Poholek at 305-879-2118. The scouts and friends will volunteer beforehand at Upper Keys Humane Society and enjoy a pizza and movie night afterward to remember Weisberger properly, maybe capped off with a Nerf gun fight.